It’s a Minecraft World and We’re Living in it

Minecraft Dungeons was shown off yesterday at MineCon Live 2019 and it has a lot of people talking. This new game is going to serve as a brand new Minecraft Action RPG spin-off. There is currently a lot of unanswered questions about the game but Mojang was kind enough to give a trailer to ogle over in the meantime. 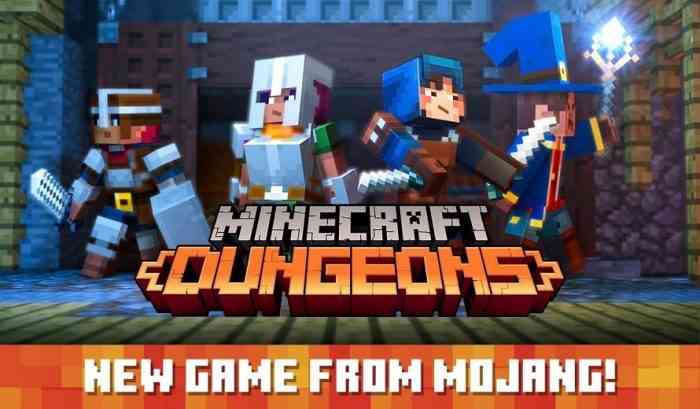 This is going to be a story-driven Minecraft game. Something that we really haven’t seen before. From what the trailer shows us, the bad guy of the story is a run of the mill Minecraft villager who is cast out of his home by his own community. He becomes angry and jaded and stumbles across an ancient artifact called the Orb of Dominance. From there he becomes the villain, Arch-Illager. How dramatic.

This guy is obviously going to be the head honcho of evil and wickedness in the game. Someone that the player is going to have to defeat in some sort of way. It is not really clear what the Arch-Illager actually does. But from what we see in the trailer it appears as though he can summon creeps and other shenanigans.

Minecraft Dungeons is going to be nothing like the original game. We know that the game is going to be played from an isometric camera angle. Not unlike Diablo or other MMOs. Whatever direction this game takes, this is a huge step for Mojang and the Minecraft series as a whole. There have been Minecraft games that have branched off from the original formula but nothing like this. So we’ll have to see how it turns out.

Minecraft Dungeons is going to be released in the Spring of 2020 and be available for PC, Xbox One, PS4 and Nintendo Switch.

Surgeon Simulator 2 Revealed at the Game Awards, Coming in 2020
Next
Upcoming Fairy Tail Game Has 30 Hours of Game Plus DLC Maybe
Previous
Round out Your Playstyle to Achieve PUBG Survival Mastery