Over the past month or so Crystal Dynamics has shared their character profiles for two major Marvel’s Avengers protagonists: Captain America and the Hulk. As it turns out it’s officially Black Widow’s turn. In a new slew of tweets the developer has outlined what fans can expect from the badass female of the group and let’s just say she’s going to be a lot of fun to play as. 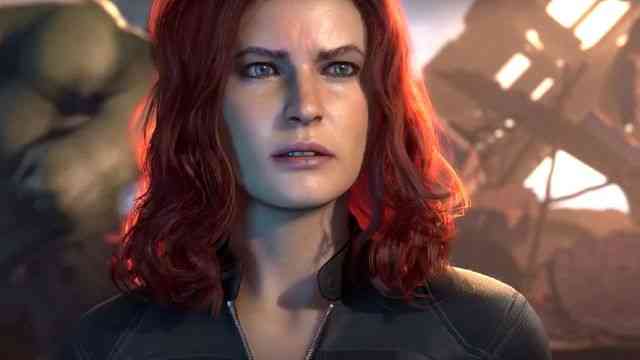 Natasha Romanoff aka Black Widow is set to be just as cool as you might have thought. On the official Marvel’s Avengers Twitter account Black Widow recently got her very own spotlight video showcasing off some of her sweet combat abilities. According to the game’s lead combat designer Vince Napoli, Black Widow’s gameplay mechanics and combat abilities will completely match her personality. You can check out the original tweet outlining her full arsenal of combat capabilities in the video below.

Natasha’s training and innate capability to keep cool in any situation is augmented by an array of gadgets, tools, weapons, & attacks for every scenario; including a variety of grenades, ammo types, grappling hooks, stun batons, & of course her iconic Widow’s Bite! pic.twitter.com/cQDP64mCjs

In the follow up tweets Vince Napoli says, “Black Widow is a really complex and nuanced character; so it only makes sense that her gameplay and mechanics are designed in a way that compliments those aspects of her character.” Additionally he reminds us of her particular skill set. “In a manner that is fitting of a trained assassin, Widow’s gameplay loop is all about creating & exploiting enemy vulnerabilities. Whether attacking enemies from behind or putting enemies into stun states that lead to quick take downs, playing Black Widow is about efficiency.”

Marvel’s Avengers is set to be released on May 15, 2020 for the PS4, Xbox One, PC, and Google Stadia. What do you think about this new gameplay video? Which character are you most excited to play as? Let us know your thoughts in the comments below and don’t forget to keep it locked for updates!


Marvel’s Avengers’ Fixes a Major Bug In the Latest Patch