Pre-Orders for The Walking Dead: The Telltale Definitive Series Are Live

The Walking Dead: The Telltale Definitive Series is a massive $49.99 collection of all four seasons of Telltale’s acclaimed series (plus the Michonne and 400 Days DLCs) and pre-orders for the collection went live on Tuesday. 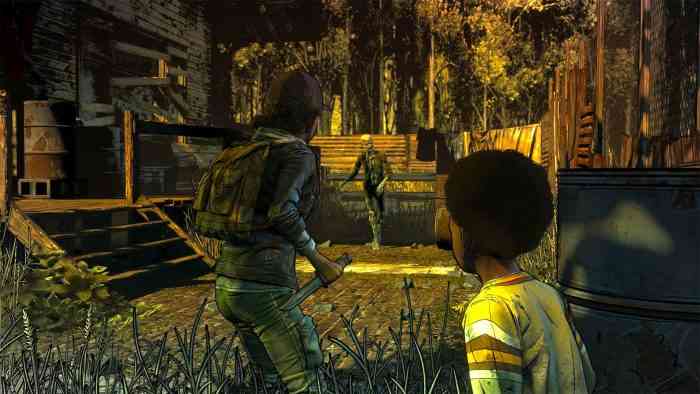 Along with all the episodes, the collection also includes “more than 10 hours of developer commentary, behind-the-scenes bonus features including concept and character art galleries, a ‘Return of The Walking Dead’ documentary short, faithful recreations of classic menus, and a music player with over 140 musical tracks.”

Players can also play through the whole series in a “graphic black” artstyle that is similar to the artstyle of the comics.

Though the collection isn’t launching on the Switch, the second and third seasons are releasing on the Switch (via the eShop) on September 10th, according to the announcement. The Switch versions of all four seasons can be played “with new graphic black enhancements and many other improvements”.

What do you think of this news? Are you interested in getting this collection or does it seem a bit too expensive? Let us know your thoughts on this news story in the comments section below the article.


The Walking Dead: Saints and Sinners Is Built for VR

The Wolf Among Us 2 Using Old Devs, New Engine

The Walking Dead: Saints and Sinners Trailer and Pre-Order
Next
Over 15 New Announcements Planned for Gamescom
Previous
Death Stranding Is Getting Presented at Gamescom 2019