Earlier this month THQ Nordic confirmed that a fourth Metro title is in development and after the huge success of the latest game, Metro Exodus, this shouldn’t come as much of a surprise. Interestingly, a new movie adaptation for the series, specifically Metro 2033 has just been revealed as well. 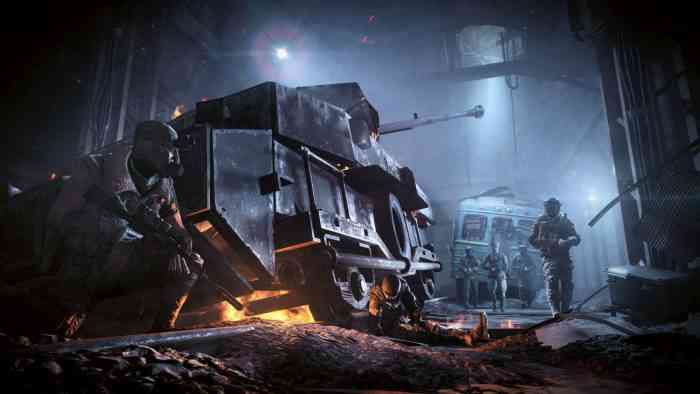 That’s right, everything is coming up Metro. According to Variety a Russian media holding, Gazprom Media, will be producing Metro 2033, which is based on the novel by Dmitry Glukhovsky. You might recall this isn’t the first time we’ve heard of a movie adaptation for Metro 2033 as MGM was working on one last year when the rights reverted back to Glukhovsky after he wasn’t happy with the direction of development. As Metro 2033 was his very first novel, Dmitry says that it’s very special to him and needs to be done right, “It played a very special role in my life, and, despite getting numerous offers to [adapt it for the screen], I turned them all down for over 10 years.”

As the first novel in the Metro series, it serves as the introduction to the stark post-apocalyptic setting where a nuclear war forced people to live underground in the metro tunnels of Moscow to fight for survival. Valery Fedorovich, a producer working on the film, had this to say about it all, “The book by this Russian author has become known throughout the world, and it is embedded in the cultural code of sci-fi fans and gamers all over the planet. For us and Gazprom Media Holding, this is a dream project, the most ambitious and large-scale film that we have ever launched. We intend to invest an unprecedented sum…in the production and promotion of this movie both in Russia and abroad.”

Filming is set to begin next year and is schedule to release on January 1, 2022 in Russia. Fingers crossed the movie will premiere shortly after that in the rest of the world. What do you think about a Metro 2033 movie? Let us know your thoughts in the comments below and don’t forget to keep it locked for updates!