You Can Play Early If You Pre-Order Remnant: From The Ashes

You and a Friend Can Get a Head Start

Gunfire Games is coming out with a new game in a couple of days. The developer of Darksiders 3 is on the cusp of releasing Remnant: From The Ashes. If this game has flown under your radar, it has a visual look very similar to Darksiders as well as an enemy design that also is a mix of Darksiders and Dead by Daylight. It is a co-op shooter, that you can totally play solo. If fans want to play early, they can pre-order Remnant: From The Ashes if they have not yet already. 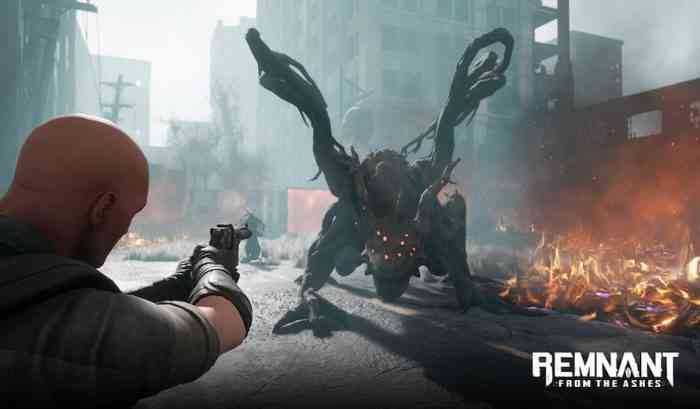 It comes out on August 20th, but if you really cannot wait, pre-order customers can play it right now! The “guaranteed VIP early access” started yesterday. This is part of Gunfire Games’ heavy promotion leading up to Remnant. The Remnant YouTube channel has been steadily rolling out videos promoting the game. Let’s Plays, trailers, developer gameplays, and lore videos have flooded their channel. Each video has translated versions in English, French, German, Russian, Italian, and Spanish. If you are unsure about Remnant, there is plenty of content to help you make your decision.

Pre-ordering will not just allow you to play early. Customers will also get three sets of armour like the Doomsayer Ex-Cultist Armour, Gladiator Scrapper Armour, and the Nightstalker Hunter Armour. You can also get a Survival Pack which includes crafting items, medical supplies, and a temporary XP boost. You can pre-order right now for Xbox One, Steam, and Arc. The PS4 version is not yet available so while PS4 owners can still get the pre-order bonuses, they will not get to play this weekend. Remnant: From The Ashes comes out on August 20th.

Will you be playing early? Let us know in the comments below.

Source: Remnant: From The Ashes