It Appears We Will See a Superhot Nintendo Switch Release Soon

Rumors and leaks are built on the backs of dataminers. One found evidence of a Superhot update on the Nintendo Switch. But updates aren’t uncommon; why is this news? Well, because Superhot has not been released on the Switch. It hasn’t even been announced. This leak in conjunction with another leak suggests that we will see a Superhot Nintendo Switch version coming very soon. These two leaks come from dataminer-Twitter user @itssimontime and industry analyst Daniel Ahmad. 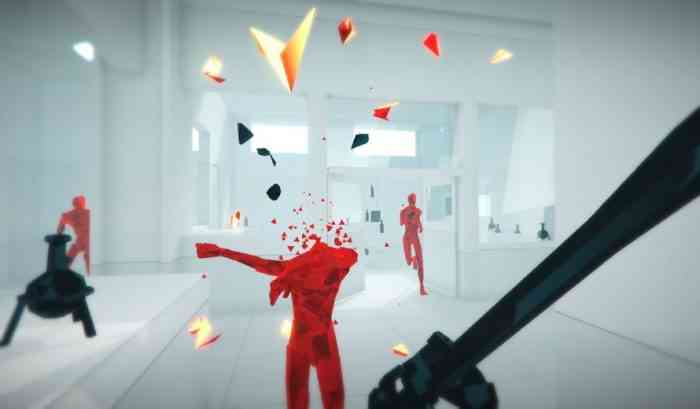 SUPERHOT for Switch just got an update… but they haven’t even announced its release yet pic.twitter.com/tk1ZLeGZQv

A couple of days ago, Simon Time tweeted out an image that shows an update for Superhot on the Switch. Again, Superhot is currently only on Xbox One, PS4, PC, and Mac. On top of that, we have Ahmad tweeting out that two indie games will be “shadow dropped” and that we will see an Xbox game at IndieWorld, which is a Nintendo event. This means that these games will be released at the same time that they are announced or without being announced at all. He says “Both games are Hot.” It’s not entirely clear which games he’s talking about, but we can guess that one of them is Superhot. The other “Hot” game is anyone’s guess.

Two games will be shadow dropped. Both games are Hot.

We’ll also get solid 2019 release dates for Creature in the Well, Blasphemous, Northgard, Trine 4, One Finger Death Punch 2, Skellboy and a few others.

The second game could be Hotline Miami. Another possibility could be that Superhot in VR/Labo could be a different game and that Superhot is just coming out twice. But Hotline Miami seems more likely. Nintendo’s IndieWorld will take place tomorrow, so we will have our answers then.

What games do you think will be announced at IndieWorld? Let us know in the comments below.

Overwatch 2 Fans Are Upset About the $20 Skins
Next
You Can Play Early If You Pre-Order Remnant: From The Ashes
Previous
Hey Maybe That Switch Trade Deal is Bogus