I haven’t played a Turok game in a while, but the basics are still pretty clear. Fight dinosaurs and explore a lost land? Also there’s a bow and arrows involved. The good news is that the latest Turok game definitely has all those elements. The better news is that it’s totally adorable! 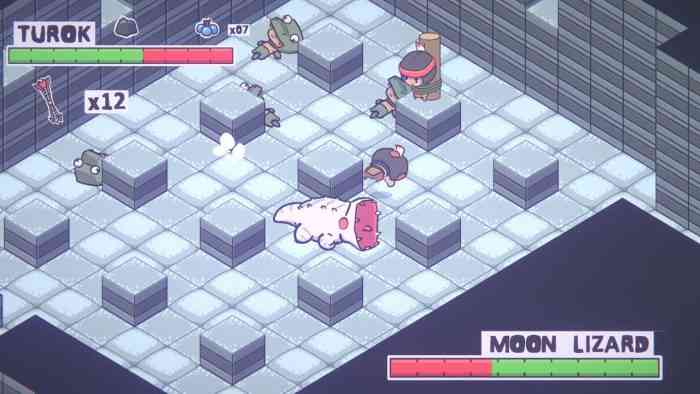 Turok: Escape from Lost Valley is a newly-announced Turok game coming at the end of the month to Steam. Turok and Andar must fight their way through an unforgiving valley loaded with traps, dinosaurs, and also more dinosaurs. If the image above wasn’t clear enough, this game looks utterly delightful. And not especially Turok, at least not in the traditional sense.

Of course, given the franchise’s spotty record up to this point, perhaps a bit of a shake-up is in order? The trailer leans heavily on strategic combat and copious dodge rolls. While the aesthetic is cuddly and pastel-drenched, the combat is fast-paced and almost… ruthless? Whatever your thoughts on the new look, it seems there might be an actual challenge involved. Turok: Escape from Lost Valley is coming to Steam on July 25th, 2019. You can check out the trailer on the Steam page here.