I Think They Should’ve Called the Sequel 2Rok, but That’s Just Me

Blast from the past incoming. Nightdive Studios, who seems to be a Lazurus pit for games from the late 80s to early 2000s, has released the first two Turok games. Again. Turok: Dinosaur Hunter and Turok 2: Seeds of Evil were re-released in 2015 and 2017, respectively. They had been released on PC, before making their way to Xbox One and Nintendo Switch. Now, the PS4 is getting some time-traveling, dino-hunting love. Not only that, but the previously released Nintendo Switch version of Turok 2 did not launch with multiplayer. That has now been rectified. 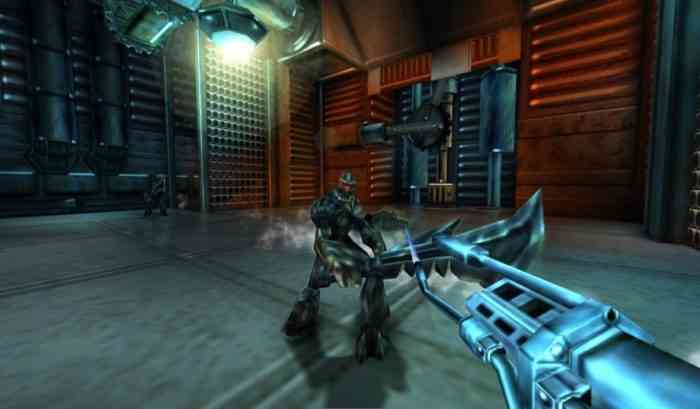 Somehow without drawing a ton of attention for this release, Nightdive Studios launched both these tiles on PS4 and completely revamped the multiplayer for Turok 2. In the trailer, we hear how PlayFab’s networking improvements introduced a better opportunity make the multiplayer modes for both the new PS4 port and the existing Nintendo Switch port. For that reason, these two consoles will have crossplay functionality. Nightdive is working on getting crossplay working with the PC and Xbox One versions as well.

Nightdive Studios is also working on a System Shock Remake, System Shock 2: Enhanced, and System Shock 2 VR, so they have got quite a lot on their plate, but hopefully, fans will be able to get their hands on these returning titles in due time. Turok: Dinosaur Hunter and Turok 2: Seeds of Evil is now available on PC, Xbox One, Nintendo Switch, PS4, and of course N64.

Which platform do you want to play Turok on? Let us know in the comments below.