Hello, and welcome to the internet. Here, we have four major areas for you to visit: video games, cat videos, porn, and bot-riddled social media. And all of these areas are complete with a comments section with which you can use to be harassed. Let’s be honest: harassment is all over the internet, for some groups more than others. Today, we are going to focus on the harassment of women on the internet, particularly streamers. Satirically self-described “titty streamer” Kaceytron has faced more than her share of criticism, and tomorrow she is taking the fight to haters with her #SlutStream. 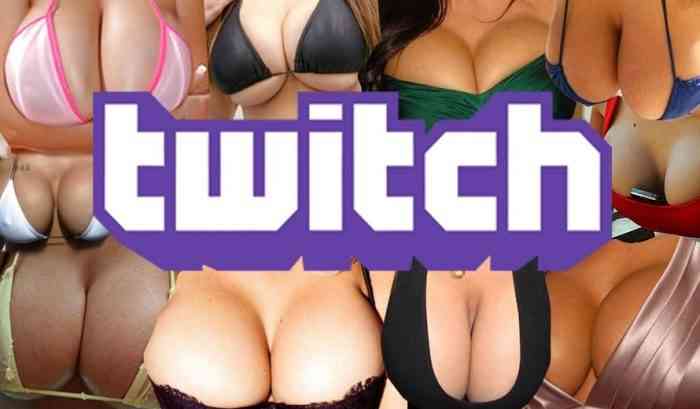 While you may think that calling it a SlutStream is demeaning and offensive, Kacey “Kaceytron” Kaviness and Isabelle “IzzyBear” O’Hammon know what they are doing. “The whole idea of calling it ‘SlutStream’ is taking the name back and giving less power to it,” Kaceytron says. In a statement on Twitter, Kaceytron and IzzyBear outlined what the “SlutStream” is all about.

“The idea of #SlutStreamDay is to empower women to be themselves. We want any and all streamers who stand against the constant harassment and slut shaming of women to stream dressed in ways that make them feel comfortable and raise awareness for a good cause. We want to draw attention to the harassment and massive shaming streamers face and fight against it. The first tweet about the idea got a lot of support as well as a lot of opposition so that attention leads us to picking July 30th as #SlutStreamDay. July 30th is World Day Against Trafficking in Persons and we will be raising money for Freedom 4/24. Join us in the fight against stigma and harassment while raising money for Freedom 4/24. They are dedicated to assisting survivors of sex trafficking around the globe. A donation of $24 to Freedom 4/24 can provide a month of food for a survivor they are assisting.”

Kaceytron’s character is a satire of “camsluts” or the “gamer girl” stereotype of acting or dressing a certain way for views. While many streamers would just time-out or ban someone being a jerk, Kaceytron makes it part of her act. “It’s easy to believe that she is what she says, but it’s more rewarding to be in on the joke.” #SlutStream is tomorrow. You can watch her on her Twitch channel and donate to help fund Freedom 4/24.

Would you like to see the SlutStream to return as an annual event? Let us know in the comments below.

Streamers to Boycott Twitch For a Day, on September 1st
Next
SWERY’s The Good Life Not Coming Till 2020 Now
Previous
Hitman 3 is Currently Being Developed by IOI Interactive