The mobile MMORPG Lineage 2: Revolution got a big Alice in Wonderland-themed update today, which added new items, new costumes, a new mount, new enemies, and a new boss to fit the Wonderland theme. 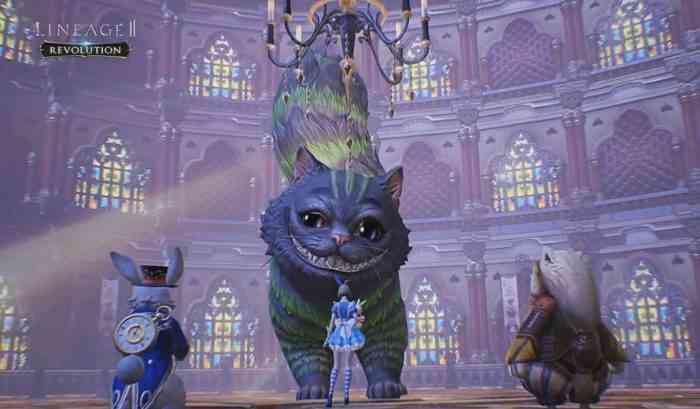 “Inspired by the classic Alice in Wonderland novel, Lineage 2: Revolution’s War in Wonderland update adds a special Temporal Rift Dungeon – Alice’s Dream – that lets players enter the world of Wonderland at Level 10 where they will encounter weird animals, card soldiers, and the Cheshire Cat as the final boss,” a press release read. “An all-new Adena Vault – Queen’s Treasure Chest – will be available for entry at Level 35 where expert players can conquer Card captains and soldiers for rewards.”

Also, according to the press release, new enemies that are based off of Wonderland’s rabbits and a new Event World Boss, Elnagandr, will be brought to the update later in May.

What do you think of this news? Does this new Lineage 2: Revolution update sound exciting? Do you think that the Alice in Wonderland theme fits the game or maybe Netmarble should’ve gone with something else? Let us know your thoughts on this news story in the comments section below the article.