Fortnite Season 9 Seems to Have Dragons in Store for Players

A Song of Fort and Nite

Now that everyone’s favourite dragon show is over, Fortnite appears to be moving in on the scale-y hype. But the seeds have been planted for a while now. Back in Season 7, players noticed dragon eggs popping up around the map. Now, Fortnite Season 9 is teasing the arrival of these dragons. Moreover, some interesting sounds are coming from underneath Polar Peak. Many fans believe that these are connected. The sounds are described as wind or deep breathing, not unlike what sounds a large beast would make. As you may know, Polar Peak has been undergoing some recent, um, renovations. 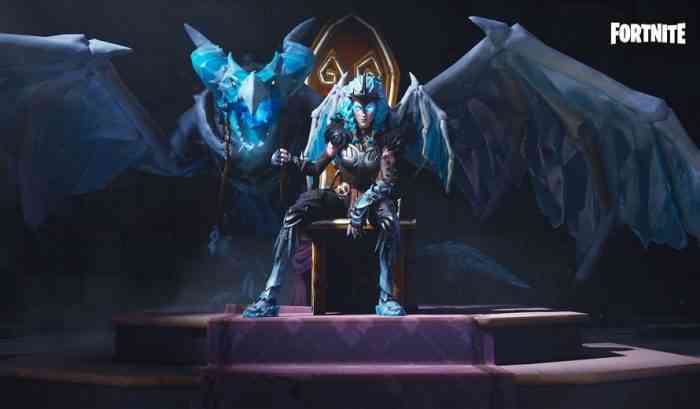 Earlier this month, when the volcano erupted and the Drum Gun was unvaulted, a few locations were damaged. Tilted Towers and Retail Row were demolished and rebuilt as Neo Tilted and Mega Mall, respectively. Polar Peak was also left cracked by the volcanic rock. With these new noises coming from Polar Peak, some people think that there are in fact dragons beneath the surface. Since the Fire King, AKA The Prisoner, had emerged from Polar Peak at the end of Season 7, it is not such a wild theory that the island could house other trapped beings.

Now the questions is in what capacity will the dragons affect the game? It make be like the first Avengers crossover LTM, where one player gets to tame a dragon and wreak havoc on the island. All other players would have to take them down and claim a new dragon for themselves until one person is left. That’s just an idea. We will have to wait until and see it all play out.

Do you think there are dragons under Polar Peak? Let us know in the comments below.

Apple Will Allow Game Developers to Offer Alternative Payment Options
Next
Call of Duty: Modern Warfare Is the Title of the Next CoD Game
Previous
Blizzard Is Implementing a Highly Requested Overwatch Replay Feature