Dead Island 2 is Apparently “Still Being Worked On”

Dead Island 2, the long-in-development sequel to 2011’s open-world zombie adventure, is purportedly “still being worked on.” 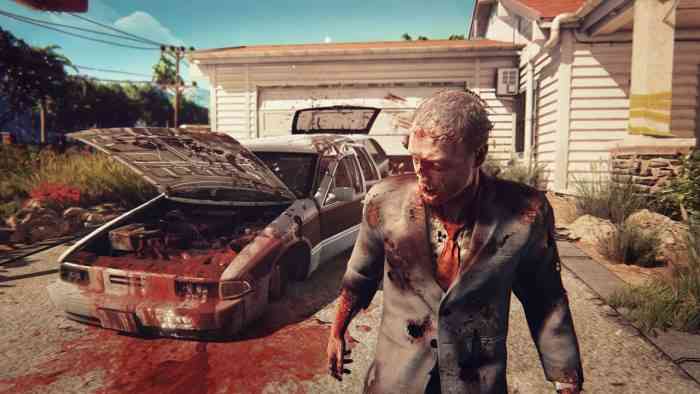 Publisher THQ Nordic revealed in a recent financial report call a number of upcoming games in development, one of them being Dead Island 2. Co-founder and Group CEO Lars Wingefors said while going over the slide “Dead Island 2, still being worked on. Stay tuned.” The slide shows the Dead Island 2 logo, while also confirming that it is still set to launch for Xbox One, PS4, and PC. No other details were revealed.

On an interesting side note, Wingefors also noted that THQ Nordic has a total of 80 projects currently in various stages of development. He went on to say that 32 of them are announced and 48 are unannounced. As shown in the slide, some of the announced games are owned IP like Kingdom Come: Deliverance, Biomutant, and Dead Island 2, while others are third-party games like Shenmue III, Wasteland 3, and Iron Harvest. Some of the unannounced games are “top secret” and are coming from Warhorse, Volition, Coffee Stain North, and 4A Games.

THQ Nordic, while showing off their E3 floor plans, recently revealed that they have two unannounced games to show at E3 next month. Are they part of the “top secret” lineup? We’ll most likely find out in just a few weeks.

While it is nice to get a quick update on Dead Island 2, it’s getting increasingly harder to stay optimistic. The game was announced half a decade ago and its tumultuous development has been well documented. Little Big Planet 3 developer Sumo Digital has been developing the game after the previous developer Yager Productions was removed from the project in 2016.

Will Dead Island 2 make an appearance at E3 2019? Tell us your thoughts in the comments section down below.

See the Different Worlds in SpongeBob SquarePants: The Cosmic Shake

Dead Island 2 Showcase, Another Day In HELL-A, Coming December 6th
Next
DC Universe Online Heads to Switch This Summer
Previous
Phil Spencer Is Going to Save the World, Fighting Injustices in Gaming