THQ Nordic Has Two Unannounced Games to Show Off at E3

Both Games Belong to “Beloved” Franchises

With E3 2019 coming closer day by day, gamers are expecting companies to blow their socks off with plenty of new game reveals. Companies have been revealing their E3 plans over the past week and one such company, THQ Nordic, is also teasing some pretty big reveals. 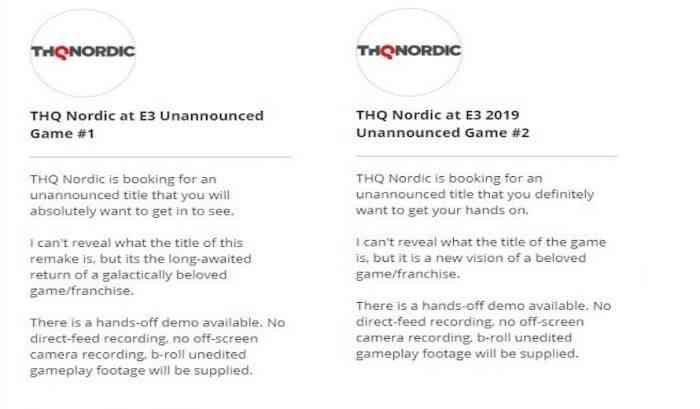 As you can make out from their floor plans above (thanks Gaming Bolt), THQ Nordic is bringing two unannounced games to E3 that apparently belong to “beloved” franchises. The first one is described to be “the long-awaited return of a galactically beloved game/franchise” and that “you will absolutely want to get in to see.” The other game is being teased as “a new vision of a beloved game/franchise” and that “you definitely want to get your hands on.”

While details are obviously being kept close to their chest, fans have been speculating as to what these two games could be.

When THQ and Nordic Games merged in 2016, they picked up a variety of game franchises to add to their portfolio, many of them being fan favourites. Red Faction and Darksiders are the most obvious choices, but the latter launched Darksiders III last November and it might be too soon to announce a fourth. Red Faction has been due for a new entry for a long time now, and the recent remaster of Red Faction Guerrilla Re-Mars-tered could have been used as a litmus test to gauge fan interest. 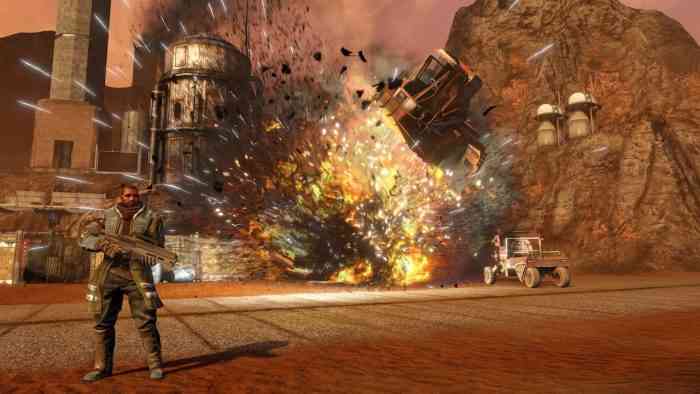 There’s also a new TimeSplitters in the works by Koch Media, who are owned by THQ Nordic. We last heard about the project back in August 2018, so now would be a good time to show some gameplay or even a trailer.

Either way, we won’t be waiting much longer to see what the company has up their sleeve.

What do you think THQ is going to reveal next month? Leave a comment down below.

Crypto Is Back in New Destroy All Humans 2: Reprobed Trailer
Next
F1 2019 Official Game Trailer is All About Intense Rivalries
Previous
Detective Pikachu Reaches $287 Million at the Box Office