Super stylish cyberpunk bartending action simulator VA-11 Hall-A finally has a release date for it’s console iterations and it is sooner than you may expect!

After hitting the PC back in 2016 and PS Vita in 2017, VA-11 Hall-A will finally be coming to PlayStation 4 and Switch this coming May 2nd. Developer Sukeban Games was also kind enough to release a new trailer for the upcoming console release to remind us how many nice neon colors we can expect to burst out of our TVs when it drops. 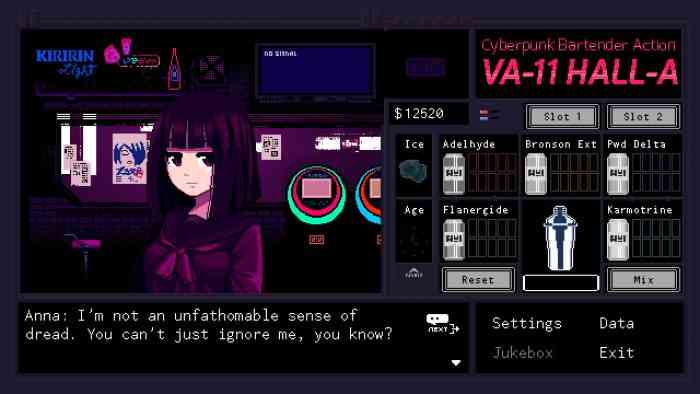 The re-release will give newcomers a chance to get through their probationary period before the game’s sequel N1RV Ann-A releases sometime next year. Be sure to let us know if you’ll be picking it up in the comments!