Cyberpunk Bartender Action Is In Our Future

VA-11 HALL-A was one of 2016’s indie cult hits, and it sounds like developer Sukeban Games is eager to give the fans more Cyberpunk Bartender Action in the form of a sequel, N1RV Ann-A.

N1RV Ann-A will follow a new character named Sam, a bartender in a new city called Saint Alicia. Sam is “at odds” with her Yakuza boss boyfriend while they struggle to raise their 8 year-old son in a city designed by corporations to get around government regulations. 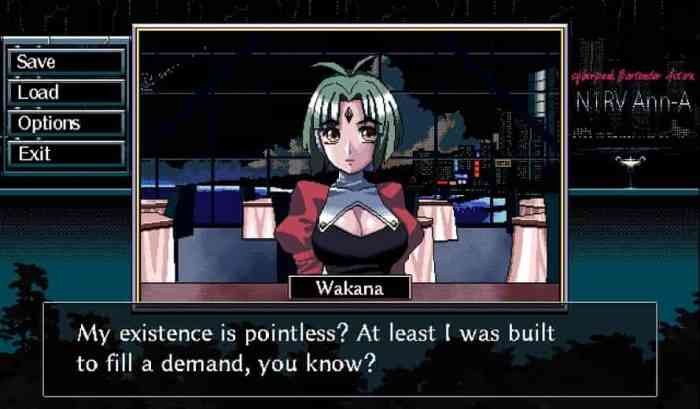 Sukeban says the game has been in development for about 9 months and “will be a stand-alone game, meaning that you don’t have to play VA-11 Hall-A in order to enjoy it (but it will certainly give you insight into existing lore).” The studio also promises “big improvements over VA11- Hall-A” that we’ll have to be patient for.

The developer also mentions that their next game is still in development but decided to reveal N1RV Ann-A first because it was “the most polished one at the moment.” When the game does launch sometime in 2020, it’ll be available for PC, PS4 and Nintendo Switch. VA-11 Hall-A is currently available on Steam and PS Vita, and is scheduled to hit the PS4 and Nintendo Switch in Q1 2019.

Let us know what you think of the announcement in the comments below and keep it locked to COGconnected for all the latest gaming news!

Foundry, Factory Sim, Turning On In October
Next
Resonance of Fate Remaster Confirmed, Trailer Released
Previous
Behold Nintendo Labo but With LEGO; Everything Works With LEGO