Days Gone Is Coming Out on PS4 on April 26th

A new Days Gone trailer showcased a 30-second TV commercial that depicted the game’s protagonist, Deacon St. John, having to face down a horde of one of the game’s most dangerous enemies: Freakers.

As Deacon, players will have to survive a post-apocalyptic Oregon that’s been overrun with freakers, infected animals, and bandits by using nothing but Deacon’s motorcycle, his wits, and a whole lot of weapons.

Though Days Gone is an open-world game that features a lot of combat & exploration, its creative director has also described the game as “a narrative driven game with a big story.” 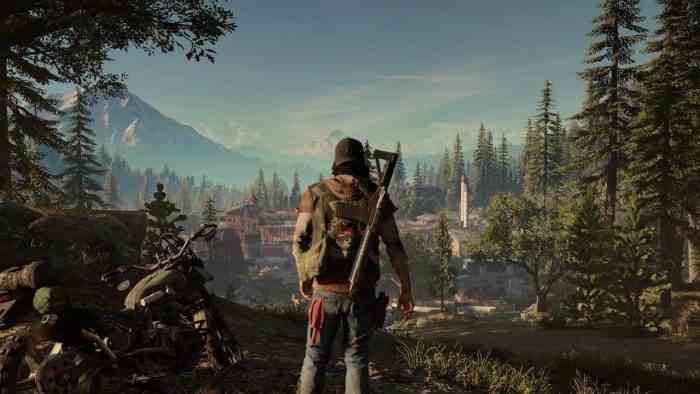 “But the amount of story, its length, the number of cut scenes…none of that is as important as the emotional impact of the journey,” Days Gone creative director John Garvin added. “If you don’t care about Deacon and his search for hope, you’re not going to stick around to see what happens. So in the end, it all comes back to our three main characters: Deacon, Boozer and Sarah. Whatever you think is going to happen? We hope you’ll be surprised.”

If you’d like to know more about Deacon then check out another previous Days Gone trailer that had more of a focus on him as a character. The trailer was revealed back in March during Sony’s first State of Play presentation.

Report: Battlefront Spinoff Cancelled Because There Were ‘Too Many Cooks’ In Its Kitchen
Next
Official Devil May Cry 5 Board Game Is Getting Kickstarted
Previous
Someone Wants to Set Up a Real-life Battle Royale Event