Kingdom Hearts 3 DLC Has Been Announced, but Not Too Much Explained

More Information Is Sure to Come

After waiting like twelve years for another main installment after Kingdoms Hearts 2, I am almost trained to not expect more Kingdom Hearts for another decade. I almost forgot we live in an age of post launch downloadable content, which is exactly what Kingdom Hearts 3 is going to get. We all knew it was coming, we just did not know what it would be. To be fair, we still don’t. What we do have is a basic outline of what the first round of Kingdom Hearts 3 DLC will be. This was briefly laid out by director Tetsuya Nomura himself. 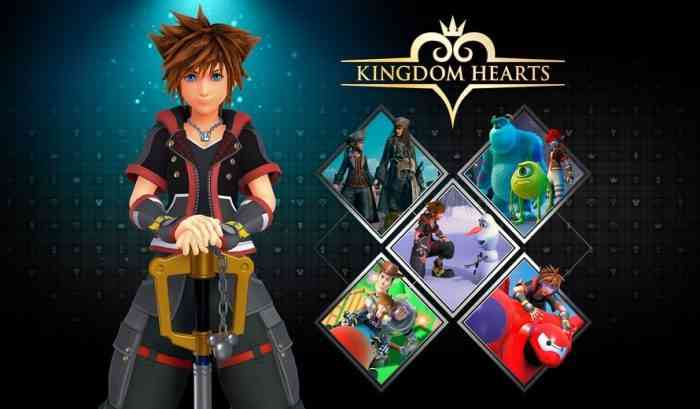 Oddly enough, the news comes from the first concert date of the World of Tres Orchestra tour in Tokyo. These concerts play fans’ favourite songs from the Kingdom Hearts series. In a special appearance, Tetsuya Nomura gave some nuggets (I don’t want to say details) about the upcoming Kingdom Hearts 3 content. Twitter use YanilynGaming was at the event and translated the news for us all. The paid DLC will be an “Additional Scenario” ReMIND, a “Limit Event + Boss”, “Secret Episode + Boss”, and an English VA option (likely for the Japanese release).

There is also some free DLC which will be a new Keyblade with a new form. Hopefully, this free Keyblade won’t be the one that came with the Deluxe pre-order of the game I got and seems to be the only exclusive for that purchase. Again, there is no details about what any of these things are and no release date. Just keep your eyes open. Critical Mode will just have to tide you over for a while.

What do you think this DLC will be? Let us know in the comments below.