Just ahead of tomorrow’s Borderlands 3 info dump, the game’s box art and special editions have slipped into the public and the game’s official Twitter was even coy enough to joke about it. 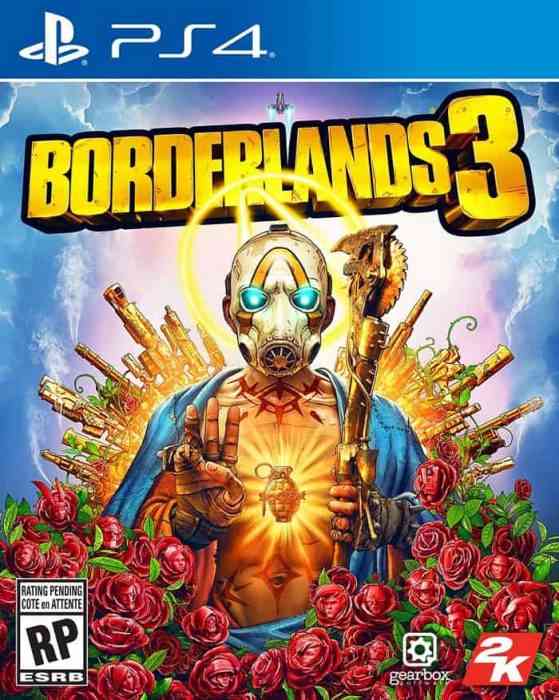 The details popped up on popular twitter user @Wario64’s account, showing off the above box art and two more variant covers. There’ll be a Deluxe Edition and a Super Deluxe Edition as well, with red and gold backgrounds respectively (instead of blue). Unfortunately this means the death of an ongoing joke started by the folks over at Hard Drive, the gaming focused arm of The Hard Times, a satirical punk and metal website, but it had a great run. No word on what the Deluxe and Super Deluxe editions come with exactly yet, but it’s likely safe to assume some digital skins and the Season Pass. Oh, by the way, season pass confirmed.

There was also a Diamond Loot Chest Collector’s Edition revealed, that comes with a slew of goodies including the game itself, a steelbook case, a season pass, “deluxe bonus content,” a gold skins weapon pack, 10 character figurines, 5 character art lithographs, 4 vault key keychains, a Sanctuary 3-snap Model, two turtle doves, and a partridge in a pear tree. Woops, I mean, a cloth map of the galaxy. No turtle doves, that would be inhumane. 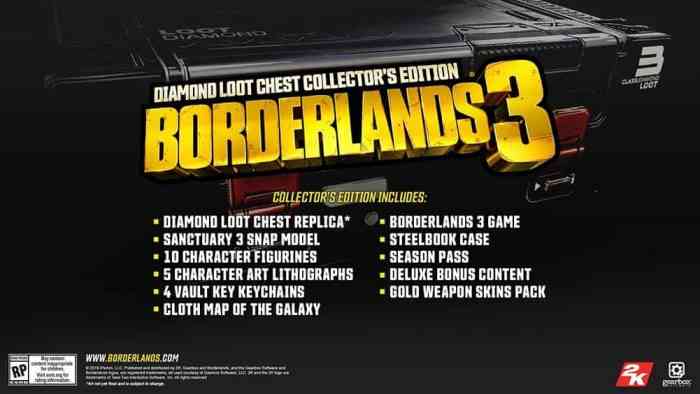 @Wario64 also spotted a leaked YouTube ad that again confirmed the September 13th release date that’s been making the rounds in the rumor mill, as well as confirming that it’ll be an Epic Games Store exclusive on PC (which makes sense, Gearbox has a close relationship with Epic).

The game’s official twitter weighed in on the new info for a fun, on-brand gag as well:

How do you do, fellow gamers? This sure looks neat! Guess we all better tune in tomorrow at 6:00 a.m. PT to find out if it’s real… pic.twitter.com/36kuV4xojN

Randy Pitchford confirmed that we’ll find out the official release date during tomorrow’s reveal, so it’s only a matter of time now.

Tomorrow’s a big day for the other Borderlands games as well as the updated version of the original Borderlands drops for PC, PS4 and Xbox One, the Handsome Collection gets a shiny new coat of paint, and Borderlands 2 VR will receive a bunch of DLC from the game’s original release. Let us know what you’re looking forward to finding out most in the comments!