Robot on an Operating Table? What Could It Mean?

Gearbox, who is probably most well known for the Borderlands series, is hosting a panel at PAX East this month. We suspected that it would be a perfect time to announce Borderlands 3. Two days ago, it appears our suspicions were right. Gearbox tweeted out what looks like a Borderlands-style image with the start-date of PAX East on a billboard, suggesting an imminent announcement. Yesterday, another image was tweeted, suggesting we will see Gearbox tease or announce a totally separate game. The developer has rights to a bunch of IPs, but what could this one be? 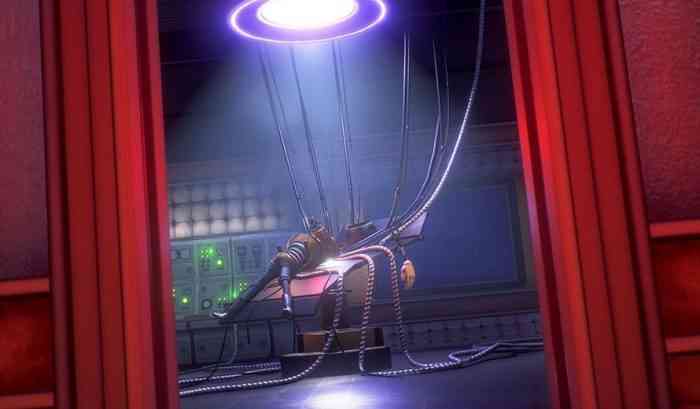 Gearbox obviously has access to Borderlands, but other IPs in their Realm include Duke Nukem, Brothers in Arms, Homeworld, and Battleborn. We have not seen a Duke Nukem or Brothers in Arms game very recently. Do fans want more of them? Maybe, but this new image does not seem to scream either of those titles. Nor does it seem to be in the style of Battleborn or Homeworld. With a robot on an operating table, Borderlands seems to be the mostly to fit that imagery. However, the caption for the tweet specifically says “another game” AKA not Borderlands 3. Plus, if it were Borderlands the whole aesthetic would probably be a lot rustier.

Time to tease another game for PAX! pic.twitter.com/N6OQIUZnAc

Unless, Gearbox is digging up a secret long-buried IP, the tease might be for an entirely new game. Gearbox does not have a battle royale game on the market, so that would be my personal guess. Gotta get that BR money. Maybe they will take us by surprise and unveil something completely unexpected. Two weeks until we get to see Gearbox at PAX East. We will have to wait until then.

What do you think this tease suggests? Let us know in the comments below.

Pandora’s Box: The Full Story of Borderlands Lore is an Epic Tale For the Ages