At Least, Obvious to Those Familiar with the Bureaucratic Red Tape of Licensing Agreements 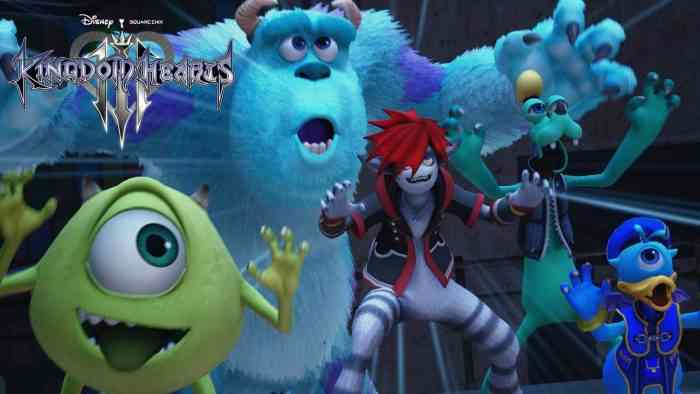 In short – licensing contracts. Back in 2013, Disney notoriously gave the rights to Star Wars games to EA, and though Marvel games are a bit more scattered right now (Ultimate Alliance 3 is coming out soon, Square Enix has been working on an Avengers game for God knows how long, and you can’t open an app store without being bombarded by several similar looking titles bearing Marvel’s logo), bringing Earth’s Mightiest Heroes would still be a little more challenging than one may think.

In an interview from the Kingdom Hearts 3 Ultimania, translated by Twitter user @lunesacree in collaboration with fan site KH13, Nomura says “In order to change those [properties] into a game, contracts must be made with each company separately, and there are cases where other game companies already have contracts, so although the Disney Group has indeed added those [properties], incorporating them into Kingdom Hearts isn’t so simple.”

“That’s also the reason Mickey is in only one scene in Kingdom Hearts 1,” he elaborates “At the same time, another company was releasing a game that had to do with Mickey, so though we were denied his usage, we persisted and eventually got ‘as long as you only have one scene, from far away, as a silhouette, with him waving his hand or something.’ Since we had to make the best of the biggest [and only] chance we had, that’s why that scene appears that way.” This won’t be too shocking to anyone familiar with Disney’s strict rules for employees in their attempts to preserve their brand.

Kingdom Hearts 3 is currently available for PS4 and Xbox One, and you can check out our review right here. Let us know how disappointed you were by the lack of Moon Knight in KH3 in the comments.