One of 2018’s strongest indie titles, Dead Cells, is receiving a sweet new dose of action later this Spring, revealed in a tell-all video for developer Motion Twin from Red Bull (wow those guys are really going for everything!).

“The Story Behind Dead Cells” takes a look at Motion Twin’s journey from making an admittedly “fucking boring” strategy game to one of last year’s most well-received action games. The part about the DLC is around the 9-minute mark, where in artist Noémie Szmrzsik-Cohard claims “We’re going to release a huge DLC we’ve been working on for nine months. It’s going to be free, and the players are going to freak out.”

Lead designer Sébastien Bénard also commented on the incoming add-on, stating “The DLC is really all about putting a proper conclusion to the story, and to explain things a little bit more and give the player new ways to understand the game world.” It’s set to drop sometime “this spring,” but likely after March, as the DLC will be available to check out at PAX East, running from March 28th to the 31st. 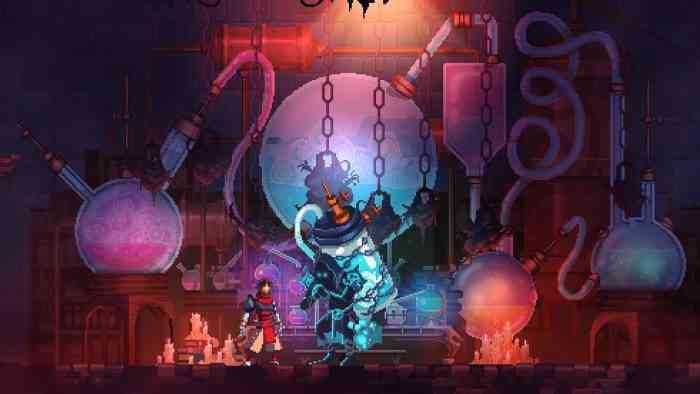 Dead Cells is currently available for PC, PS4, Xbox One and Nintendo Switch. You can check out our review of Dead Cells here and a bit about the game’s new gameplay customization options here. Let us know if you’re looking forward to the DLC in the comments!

Grime: The Colors of Rot DLC Review – More of the Excellent Same
Next
Halo 4 Was Almost Made by Borderlands Developer Gearbox
Previous
Saints Row: The Third is coming to the Switch as the Full Package