Just a couple of months away from the release of Mortal Kombat 11, but NetherRealm will not stop dropping news and hints. It seems they won’t stop until the game launches or everyone on the planet has pre-ordered the game. Since the game was first announced, NetherRealm has steadily been updating fans on the roster. Some of these updates come in the form of trailers, some as Twitter posts. Last night, Mortal Kombat 11 director and series co-creator Ed Boon tweeted an image that appears to partially depict Johnny Cage. Well, his middle finger at least. 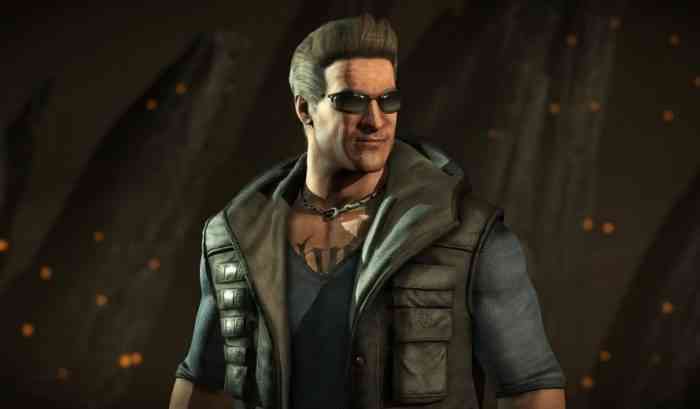 Johnny Cage has been in almost every Mortal Kombat game since the very first one, so it’s not a huge surprise that he might be in the next one. Johnny Cage’s appearance portrays him as the embodiment of American super-stardom. His chest tattoo of his own name is like Steve-o’s back tattoo of himself, except it’s not a joke. In the image Ed Boon tweeted, Johnny Cage appears to be in his Mortal Kombat X outfit which was a departure from his original shirtless MMA-style outfit.

When Sonya Blade was announced, it was teased by Ronda Rousey who portrays her in Mortal Kombat 11. Another WWE superstar John Cena also teased an image of Stryker on his Instagram page. So far, his involvement is only a rumor. These reveals lead to believe that if Johnny Cage is in the game, he will probably have a voice actor that has more experience in the booth rather than the star power of someone like Rousey or Cena. Hopefully, we will see a gameplay trailer of Johnny Cage soon. Mortal Kombat 11 comes out on April 23rd on PS4, PC, Xbox One, and Nintendo Switch.

Do you think we will see Johnny Cage in Mortal Kombat 11? Let us know in the comments below.