“For a Little Kid, I Loved Me Some Gore”

On January 15th, Ronda Rousey took to Twitter to announce her involvement with NetherRealm’s Mortal Kombat 11. Since there had already been speculation that she was involved as a voice actor for Sonya Blade, this came as more of a confirmation. The announcement was announcing an upcoming announcement that was announced earlier today. Is anyone sick of announcements teasing announcements? Anyway, the reveal surprised no one, that Ronda Rousey is in fact playing Sonya Blade. The GamersPrey YouTube channel posted a Mortal Kombat 11 trailer for Sonya Blade today. 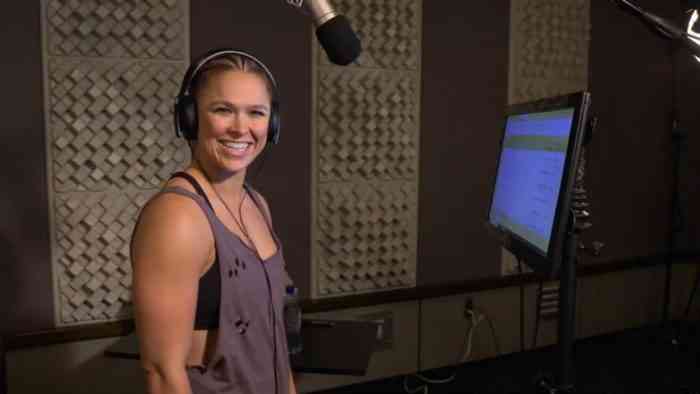 Not only is it a trailer, but it is also an interview with the former UFC champion Ronda Rousey. The interview covers her experience voice acting, her first exposure to Mortal Kombat, and what drew her to Sonya Blade. Anyone who knows what Ronda Rousey and Sonya Blade look like can see the likeness. They are both muscle-y, blonde women that kick ass. It is a smart move on NetherRealm’s behalf bringing Rousey on board. The star power her name carries in the world of fighting is sure to hype up the game. Fans of Ronda Rousey will surely want to play as her.

The trailer shows off Sonya Blade facing off against Baraka, Raiden, Scorpion, and others. With Sonya’s special forces background, she is seen using various projectiles and tactical military equipment in her combos and moves. Her costume differs from her classic green army tights. She resembles Jill Valentine in her BSAA outfit. Mortal Kombat 11 releases on April 23rd. Check out our post on the official gameplay trailer reveal.

What do you think of this casting decision by NetherRealm? Let us know in the comments below. Be sure to keep up with all our Mortal Kombat 11 news on our site.

Tone Deaf Injustice 2 Mobile Pride Event Targets LGBTQ+ Characters
Next
Bethesda Moves in on Fallout 76 Cheaters: Justice will be Swift and Painful
Previous
This Anthem Gameplay Is About Story, Progress, and Custom Goodies