Maybe They Didn’t Read the TOS

Evo Japan is in it’s second year and is currently happening in Fukuoka, Japan. While normally the competition focuses on the fights, a spot of promo for the upcoming Dead or Alive 6 during the Evo Stream has garnered quite a bit of talk. 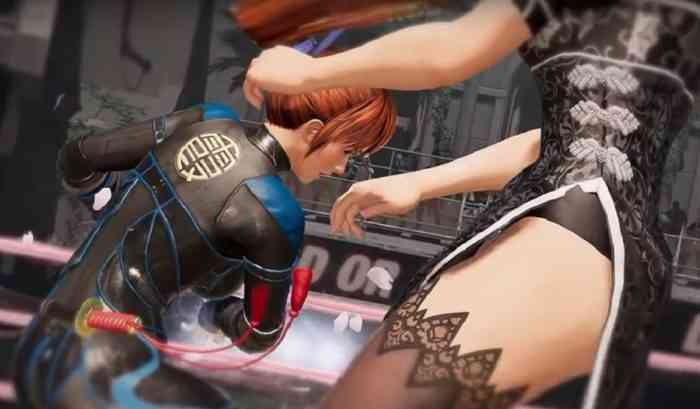 The promo segment was being aired live on the official Evo stream on Twitch, and it seems the organizers took issue with some of the hijinks the presenters were getting up to – causing the stream to be pulled off the air.

So, what were the offending actions? It started when the presenters were showing off the free camera mode of the game, zooming in on the-ahem-assets- of female characters in the game. Another free camera mode demonstration saw the presenters pause and angle the camera during a grapple between Bass and Nyotengu that made it seem like something a little more than fighting was going on.

While this sort of behaviour is probably to be expected of players, it was some live-action antics that ended up being the final straw.  During a live segment, gravure idols Saki Yoshida and Yuka Kuramochi posed for the cameras and mimicked Dead or Alive’s infamous jiggle physics – and then the stream was pulled.

Soon after, Evo co-founder Joey “Mr Wizard” Cuellar tweeted and deleted a statement reading “The DOA ad that aired on our stream does not reflect the core values of Evo or the [fighting game community],we ended the stream temporarily to protect the integrity of our brand. We sincerely apologize to our fans.” Another Evo official – business developer and commentator Mark “MarkMan” Julio apologized on stream, saying “. “I just want to get on stream and apologize on behalf of Triple Perfect and the Evo Championship Series, the stuff that was just on screen just recently from one of our partners that were showcasing their recent title that is going to be coming out does not reflect the content and intention of Evo so we do apologize if we offended anyone during the broadcast.”

Dead or Alive is a franchise that is known for being overtly sexual and male gaze-y, and I give it full credit for helping a young Hayley realize that girls are awesome and I’m totally not straight. Which is all well and good – except for the fact that Team Ninja and Koei Temco have been pulling the marketing away from its sexualization of it’s characters.

In the end, the raunchiness and drama it caused over shadowed the announcement of a Dead or Alive 6 demo, and the inclusion of Mai Shironui from King of Fighters in the game.