We May have Info on the World’s Greatest Detective

So, it’s been about four years since we last saw a Batman: Arkham game. Without giving too much detail, the ending suggests there would not be another. But like every superhero ever, the ending is never really the ending. For a while, there has been a rumor floating about. One that suggests a Court of Owls story Batman game is in the works. There has even been some alleged leak of concept art for said game. Well, some more information has recently surfaced that reinforces these rumors; a possible title: Batman: Arkham Crisis. 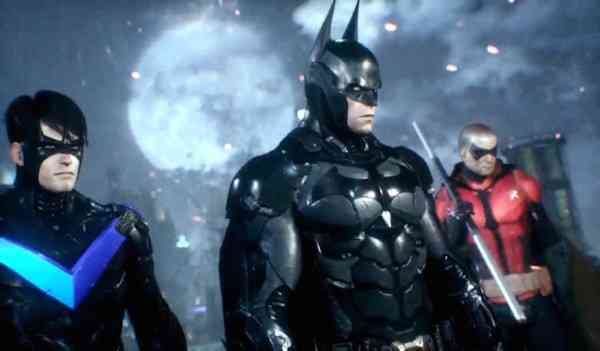 This rumor comes from YouTuber The Flix Fix. They suggest that a Warner Bros. Montreal tester has come forward with details about the game through a Discord server. According to this tester, the code name for the game has been “Knightrise Redacted” and that as far as an official title, they are “leaning towards ‘Batman Arkham Crisis’.” The tester goes on to say that the base of the story is that the Court of Owls begin carrying out terrorist attacks in Gotham. The Court of Owls also brings the fight to the caped crusader on both fronts; Batman and Bruce Wayne.

As far as gameplay goes, we are going to be seeing something different, if we are to believe this leak. They say that there are about twelve acts to the game. Acts 1-3 will feature Dick Grayson as Batman’s sidekick. He will then move to Blüdhaven until act 8, when he returns as Nightwing. Between those acts, we will see Jason Todd as Robin. If you have played any of the Arkham games, this timeline suggests that it comes some time between Arkham Origins and Arkham Asylum or City. It will also feature an enormous map. Allegedly 1.7 times the size of San Andreas. Yikes!

What do you think of these rumors? Let us know in the comments below.

Ed Boon Teases “a Lot of Surprises” for Mortal Kombat 11

Fortnite Birds of Prey Event Teased on Twitter
Next
Kingdom Hearts 3 Dominates UK Charts in the First Week
Previous
Groundhog Day: Like Father Like Son is not the Sequel you Expected