Nine Games to Rule the Ring

Evo Japan was just a few weeks ago, and now the team behind the tournament series has announced what games we’ll see in Las Vegas this summer. 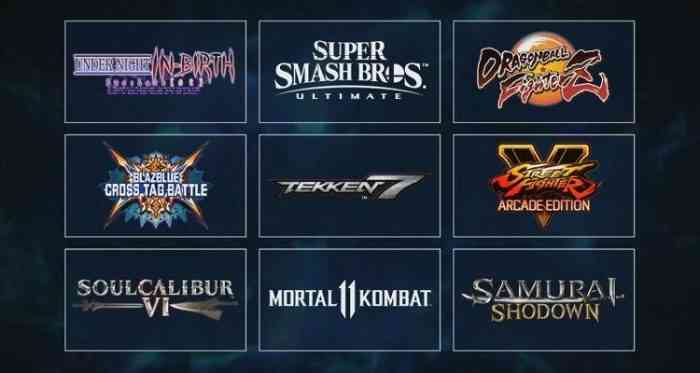 The nine main stage events are listed above – and shocking to fans is that the ever popular Super Smash Bros. Melee, a staple since 2013 has been dropped from the main Evo roster. Smash Ultimate, the latest entry in the Smash series has been rotated in presumably in it’s place.

It seems there’s been a shake up in the anime fighters as well, as Guilty Gear has fallen to the wayside allowing Under Night In-Birth Exe: Late[st] to take some spotlight as it has been gaining popularity as of late. Soul Cailbur VI, which was a side stage game last year has also been bumped up to the main stage, as well as Mortal Kombat 11 and Samurai Shodown – two games that haven’t even released yet.

It sounds like both tournament organizer Joey “Mr. Wizard” Cuellar and biz dev Mark “MarkMan” Julio have also said that side stage games will get more spotlight this year compared to previous years, so you may still see your favourite game there.

Evo is taking place at the Mandalay Bay Convention Centre in Las Vegas,Nevada on August 2-4 2019.