Xbox spent a lot of time talking up their Game Pass subscription service in 2018, so it makes sense that they would kick off the new year with a bang, or several. 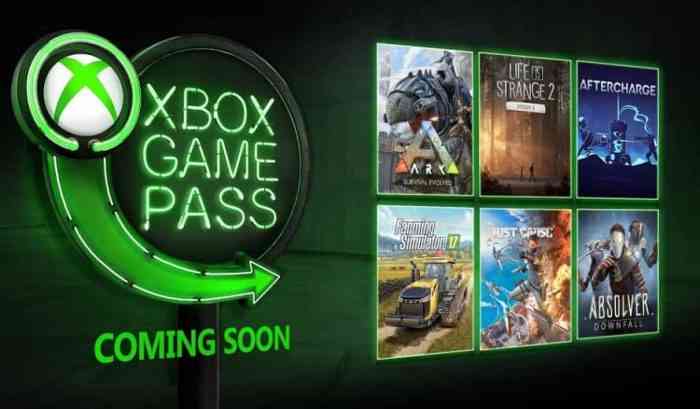 This month’s roster of additions includes the first chapter of Life is Strange 2 starting tomorrow, following the addition of the complete first season and it’s prequel, Before the Storm, over the past couple weeks. Ark: Survival Evolved and Farming Simulator 2017 will also be joining the catalog tomorrow.

Starting January 7th, action-RPG Absolver will be available on the service, with the destructive playground of Just Cause 3 joining on January 10th.

A new indie game will also be available at launch for Game Pass on January 10th – Aftercharge, a 3v3 “cat and mouse game. But in space. With invisible robots (and no cats).”

Game Pass is currently available for Xbox One but may be making its way to PC soon, and perhaps even other devices soon after. Let us know which new addition you’re looking forward to in the comments!


Halo Infinite Flighting Program Starting “As Soon As Next Weekend”