A hacker took control of an Atlas admin account a couple of days ago to unleash planes, whales, and tanks onto the pirate survival MMO game’s North American PvP server. In order to undo the “devastation” that the hacker caused, developer Grapeshot Games had to roll back the servers five-and-a-half hours. 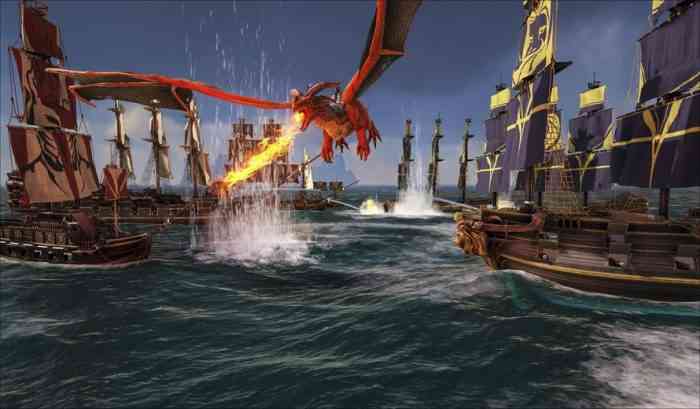 “Earlier today, an admin’s Steam account was compromised and used to cause some devastation on our Official NA PvP Network,” they said. “To be clear this was not caused by a hack, third-party program, or exploit. We have taken the appropriate steps to ensure this does not happen again.”

After discovering the devastation, the servers went offline. A few hours later the PvE servers were back up and running followed by the resurrection of the PVP servers. And while the server rollback reversed the devastation, it also took several hours of progress from each player.

Atlas has been met with mixed reviews and lots of issues but is still doing well on the Steam Charts. But one of Grapeshot’s bosses, Jeremy Stieglitz, recently apologized for “the challenging launch.”

“Between the intensity of preparing for the release of a massively multiplayer title, and the needs to get all of the new infrastructure prepared to roll-out, we let the schedule and initial launch builds get away from us,” he said. “Hunkered down in our development bunker 24/7 subsisting on Red Bulls and stale pizza, it’s easy to lose sight of the big picture, which ought to start and end with communication to the players.”

“Despite it all, I’m so happy that so many of you see the potential in what ATLAS is, and are enjoying the immense scale of sandbox freedom that can readily be had in the game,” he continued. “As we churn through issues and continue to build out the game in the days, weeks, and months ahead, I’m looking forward to seeing what’s just over the horizon for the game and its growing community.”

The Most Anticipated Xbox One Games of 2019

Rock of Ages 2: Bigger & Boulder Review – Balls of Stone
Next
The Brothers in Arms Trilogy Is Out Now on GOG
Previous
Forza Horizon 4 Zooms past a Crazy Milestone at Top Speed Reaching 7 Million Players Already