It’s been six long years since we first experienced ACE Team’s bizarre Rock of Ages, but thankfully the time has arrived for us to get a much-needed sequel. Rock of Ages 2: Bigger & Boulder looks to build off everything that made the original such a fun and unique experience. Are fans getting a worthy sequel to a beloved game? (spoiler alert: YES!)

Rock of Ages 2, much like its predecessor, is a story about a man and his ball. I’ve written this paragraph a few times trying to convey the story of Rock of Ages 2, but to be honest – words do not do it justice. The story is just bizarre and the way they introduce each character, friend or foe, is pretty damn hilarious (that Baby Yaga “nicky nicky nine door scene” still makes me laugh). All you really need to know is that you are Atlas, you have a big boulder, you’re fleeing from God and you need to defeat different foes from Earth’s vast history. Your journey will take you to 15 different cities, across different time periods, pitting you against 15 different foes and four bosses.

In each city, you can compete in two different modes: War and Obstacle Course. The goal of War mode is to break down the enemies castle door and squish them. These battles are broken up into two sequences. The tower defense sequence gives you a birds-eye view of your opponents course (leading to your castle). Here, you’ll use a vast assortment of deterrents (like sticky cows, windmills and sucking whales) to hinder your enemies progress. During this sequence, your minions are slowly getting your ball ready. Once your ball is ready, you can enter the bowling sequence, where you’ll barrel down a course, avoiding the enemy-placed obstacles, until you reach their castle and smash their door. It’ll usually take three to four smashes against a door to break it, so you’ll continue to cycle between the sequences until you or your enemy wins. This isn’t a turn based affair either, you’ll be building and rolling at the same time as your foe. If you’re both rolling, you’ll have the ability to watch their progress in a little picture-in-picture screen – a great way to see if the traps you set are working. 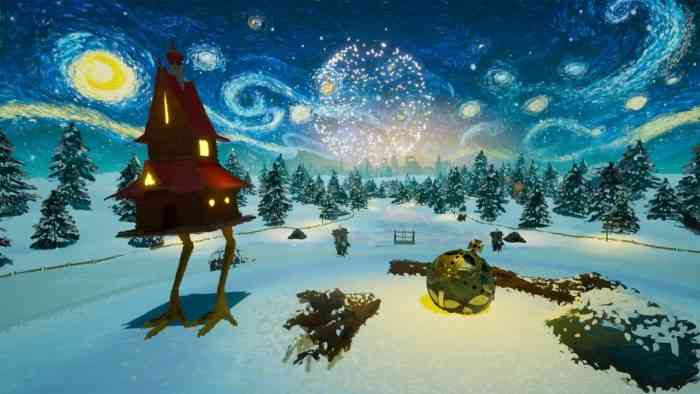 The Obstacle Course mode scraps the tower defense sequence and just has you bowling down the course in a race against your opponent (who races alongside you). The first person to win three races wins. It’s a nice change of pace from the War mode. While the campaign is the primary source of single player fun, you’ll also have the option to play the War and Obstacle Course modes outside of the campaign. Additionally, there is a time trial mode that has you racing down a course with no obstacles or opponents – just a race to earn medals and bragging rights. Rock of Ages 2 also features local and online multiplayer modes. The multiplayer modes are the same as the single player modes (War and Obstacle course) but you’ll also get a chance to play these modes with a buddy in co-op. Four players playing War can get pretty intense and is definitely a welcome addition.

While the gameplay is an excellent combination of bowling and tower defense, it’s the humor that really glues the whole package together. The style of humor Rock of Ages 2 employs uses caricatures and stereotypes and nothing is off limits, such as historical figures, artwork, folklore, and cultures. Egyptian’s will “walk like an Egyptian”, Henry the VIII will attempt to struggle snuggle women and the Garden of Eden is turned into a homage to a classic game franchise. You’ll also find out how the famous art piece “The Scream” was created! There isn’t any excessive violence (aside from characters being flattened in a comedic way) and there is no nudity (aside from butts; a whole bunch of butts). However, there is a sort of political incorrectness to it that is refreshing. If you’ve ever been a fan of Monty Python, then you’ll appreciate the humor here. I have to applaud ACE Team for their hilarious and creative take on history. 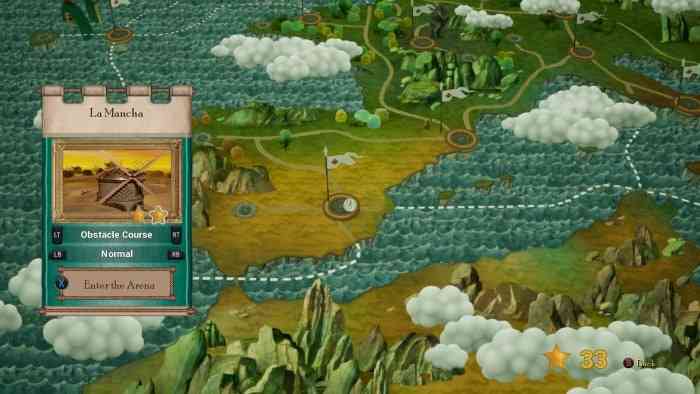 If you’re a fan of the original Rock of Ages, you will absolutely love Rock of Ages 2: Bigger & Boulder. Rock of Ages 2 brings back everything that made the original so fun and unique, then cranks the dial to eleven! The Monty Python-esque humor is back, and as hilarious as ever. Each city is well designed and has a unique look to it. The music is a collection of fun and quirky classical pieces. There really isn’t a lot to fault Rock of Ages 2 for. The AI can be a bit stupid and I had to fight with the camera angles a bit, but these were minor grievances. The humor will turn some people off, but that’s their loss. The gameplay is an odd blend of tower defense and bowling, and some gamers will love the change of pace – there really isn’t another game quite like this! It’s a shame ACE Team hasn’t released a demo for Rock of Ages 2, because this is definitely a game people need to at least try.

Orcs Must Die! 3 Review – Slice and Dice Through The Greenskin Horde
Next Halcyon 6: Lightspeed Edition Review – The Next Generation
Previous Looterkings Review – That Old Goblin Grind