God of War gave us a mega revamp of a beloved and bloody franchise in 2018, hence the awards. It won despite its place as a semi-linear world.

In a recent interview with GamesBeat, Barlog spoke of God of War and why the team at Sony Santa Monica refrained from a full-blown open world. The studio doesn’t have the capacity and resources of teams like Rockstar and Ubisoft, who’ve made the system their forte. That said, Sony Santa Monica recognized the importance of openness in world design. Maps can be large, but they shouldn’t feel empty.

“We kept describing it as ‘wide linear’,” said Barlog. “I was adamant that we couldn’t make an open world game. The cost of entry and the expectation level is so high that we’d never compete. We just don’t have the infrastructure and the systems. I don’t want to do that.

“Yeah, I think they [Rockstar] were closer to 4,000. We were 300, at peak. At the time I thought the 1,600 that Ubisoft had on Assassin’s Creed was a lot. To do these things, to do the complexity they have, you just need a lot of people. For us, not only do we not want to invest in that aspect of it, but to me the world needed to feel large, and not empty, but with surprising moments of discovery. It could feel like there were areas where there’s not a lot going on, and then all of a sudden an entirely new level opens up that you weren’t directed to, that you just discovered.”

Sure Santa Monica (and other Sony studios, for that matter) don’t have huge dev teams, but they’ve nailed level design and exploration. In their particular case, Barlog has referred to God of War as a “wide linear” title. You won’t find the breath of Assassin’s Creed: Odyssey, Red Dead Redemption 2, or the Wild, but there are plenty of secrets. 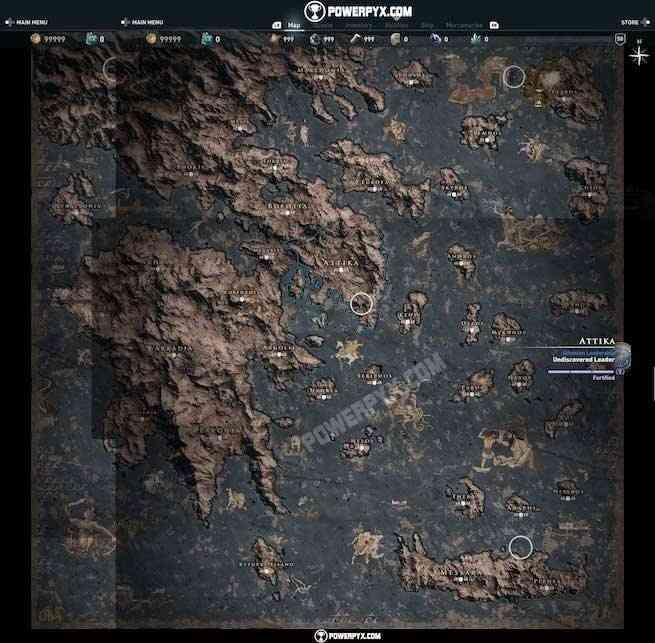 “Once we started saying wide linear—I didn’t have a term for it. One of the level designers actually started saying that. That was a good way to describe it, because I kept saying, ‘not open world.’ That’s the worst way to describe something, to say what it’s not. It’s better to give a good picture. It was hard for people to understand that, one, I wanted them to do work that might not be seen, which is a really hard thing to convince people about. ‘You worked hard on this, and 50 percent of players might not see it.’ I think that’s okay, because that 50 percent might be told by their friend, ‘Did you find this?’ ‘No way, you have to go over here to see that?’

“That was my experience with Zelda. I talked to other kids at school, and all of a sudden I’d find out that if you put a bomb next to a wall over here you’d find a secret. Those kinds of shared experiences, the sense of feeling like you’re the one discovering these things in the world, that’s very important. But the cost of entry for open world, the gambling systems and territory control—it wasn’t in the cards.”

How do you imagine God of War as an open world game? If Guerrilla Games can do it with Horizon: Zero Dawn, do you think the same is true of Sony Santa Monica? Comment down below.

AC Origins is Reportedly Getting a New Highly-Demanded Feature
Next
Yoshi’s Crafted World Lands on the Switch in March 2019
Previous
9 New Games Hit Playstation Now in January, Including ‘Prey’