Ubisoft has officially announced Special Operation 3 for Tom Clancy’s Ghost Recon Wildlands, the third free major update for the second year of post-launch content and it’s all set to drop very soon. This latest update will also include a ton of exciting content including new PVP maps and a new Photo Mode. 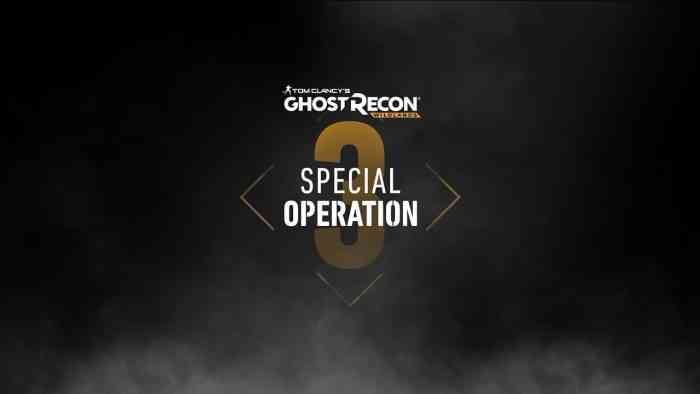 Players can jump into the Special Operations 3 action in less than two weeks time. Here’s what Ubisoft has to say about their announcement, “We’re immensely grateful for your support in Year 2 of Tom Clancy’s Ghost Recon Wildlands, from your swift response to the call of Sam Fisher to your expert extraction skills in Operation Archangel. We’re happy to announce that Special Operation 3 will bring you brand-new content on Tuesday, December 11.” Though the majority of new content will be available to players on all platforms, those who own the Year 2 Pass will have seven-day early access to two brand new Ghost War classes, and will receive one exclusive customization pack. For those who do not own the Year 2 Pass, access to the new Ghost War classes will unlock on December 18th.

Special Operation 3 will be chock full of new content and will introduce not only a new Photo Mode to allow players to capture and edit their favorite moments while playing Ghost Recon Wildlands, but will include a variety of improvements based off of community feedback and over 90 new items to the Store. You can check out a full list of incoming content below.

Ubisoft also announced that for PC players wanting to share the experience of Ghost Recon Wildlands with friends, there is a PC Referral Program that will kick off on December 11th and will run through to February 11th, 2019. As a reward for inviting friends to join in the action players can gain Battle Crate rewards including Spec Ops and Ghost War Crates. The more they invite, the more items they can earn.

What do you think about the Special Operation 3 content coming down the pipe? Let us know your thoughts in the comments below and don’t forget to keep it locked for updates!