88rising Brings Compilation of Rappers Saving a Puppy in VR

88rising is a media company with their hand in video production, music production, and management. With their connection to the rap community, 88rising knows a lot of big personalities. Earlier today, they released a video of some of their rappers participating in a VR challenge of sorts. Using some VR software (that I do not recognize), they are placed on top of a very tall building where we have the rappers saving a puppy. The dog is placed at the end of a wooden plank, hanging over a city street. The playing space is a green screen set with a platform and plank, similar to the players’ environment in the game. 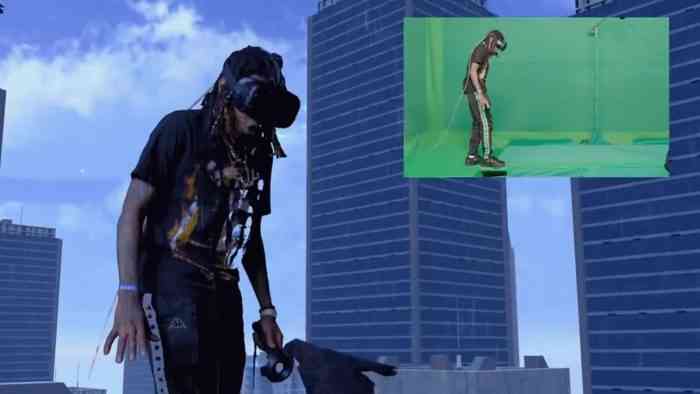 The video includes rappers such as Famous Dex (who I didn’t know was famous), Fat Nick, Saint Jhn, and Buddy (who must be a branding nightmare). If you’re like me, and don’t know who any of these people are, you might also be wondering why anyone would care to see this. Well, in a community like theirs, they have to have larger than life personalities in addition to what they bring musically. Their personalities definitely make the video as entertaining as it is, also they are probably high.

Who knew that a simple task of walking 10 feet to pick up a puppy and walking 10 feet back would be so entertaining? For some of the rappers, this may have been their first VR experience. Putting them atop a building (with their alleged altered state of mind) is probably a big step for them. One of them, Moderately Popular Dex, had to call it quits, but the rest of them saved their puppies. Saint Jhn, who chose to save money on vowels, concluded his rescue with a speech. I believe he reminded people to wear deodorant? I’m not really hip to the lingo. Regardless, this was a nice look into a bunch of VR amateurs playing a fun game.

What did you think of the video? Do any of you recognize the game being played? Let us know in the comments!