Kingdom Hearts III has gone gold, according to a Tuesday tweet from the official Kingdom Hearts Twitter account. The long-awaited sequel is scheduled to come out on January 29, 2019 for the PS4 & Xbox One. The latest trailer for the game can be viewed below!

“I’m proud to unveil an extended version of the trailer that’s been playing in [North American] cinemas,” said Kingdom Hearts III director Tetsuya Nomura in the aforementioned tweet. “And guess what? We’ve wrapped up development of #KingdomHearts III! If you haven’t had the chance yet, now would be a good time to prep by playing 1.5+2.5 & 2.8. See you next month!” 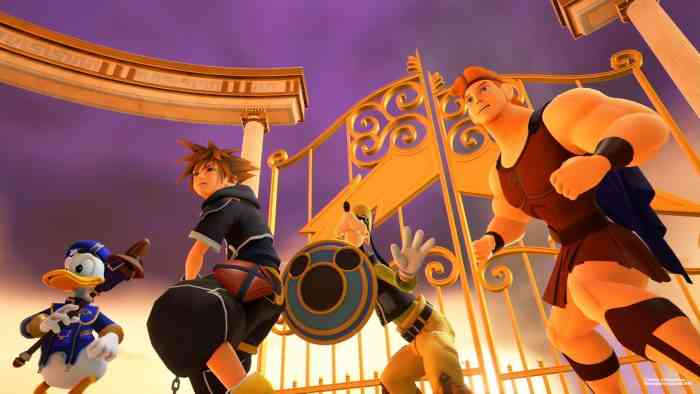 If you’d like to learn more about Kingdom Hearts III then check out a hands-on impressions article that we published back in September. “I got a little over an hour with this game and I have to say that I loved it,” the article’s author wrote. “Having not picked up a [Kingdom Hearts] game in a couple of years, I was pulled right back into the series without missing a beat.”

What do you think of this news? Let us know your thoughts in the comments section below!

Star Ocean: The Divine Force Review – Thwarted By The Camera
Next
Super Smash Bros. Ultimate Announcer Shares an Overview of the Game
Previous
A New Mortal Kombat Game Might Be In Development