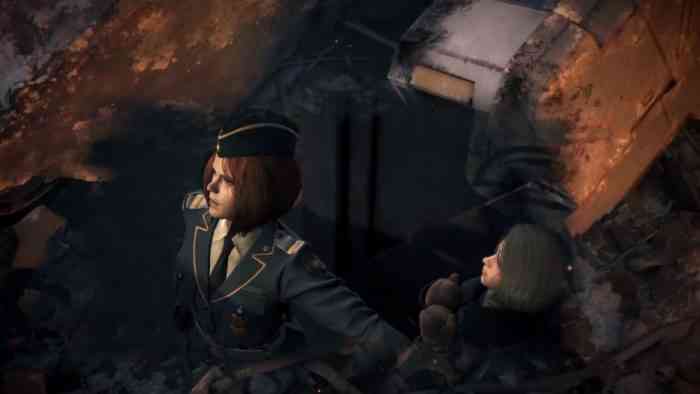 When Left Alive debuted last year, its artwork came in the style of the Metal Gear franchise. Later, we learned that it’s being developed with the help of former Konami character designer Yoji Shinkawa. He’s been joined by former From Software director Toshifumi Nabeshima, who did work on Armored Core and Chromehounds. If that wasn’t enough mech support, Square Enix enlisted help from Takayuki Yanase, who did work on Mobile Suit Gundam 00 and Xenoblade Chronicles X. The result is a 3rd-person action game with political undertones and fast-paced mech combat.

Though Left Alive is set in the tactical role-playing world of the Front Mission series, the spin-off deals with action, stealth, and innovative weaponry. By opting for both a character-driven story with vehicles, it’s essentially a jack-of-all-trades experience that draws from the skill set of its creators. That in mind, players will notice the inspiration behind its story, which shifts between three player-controlled protagonists. For a better understanding of what the story holds, you can view the newly released trailer: “State of the World.”

Anyone who picks up the Day One edition of the game will obtain a few bonuses, which Square Enix revealed in a press release:

Have you considered picking up Left Alive? What are your thoughts on the game thus far? Drop a comment down below.