Injustice 2 has no shortage of characters, but there were still a ton that ended up on the cutting room floor before the game’s release. 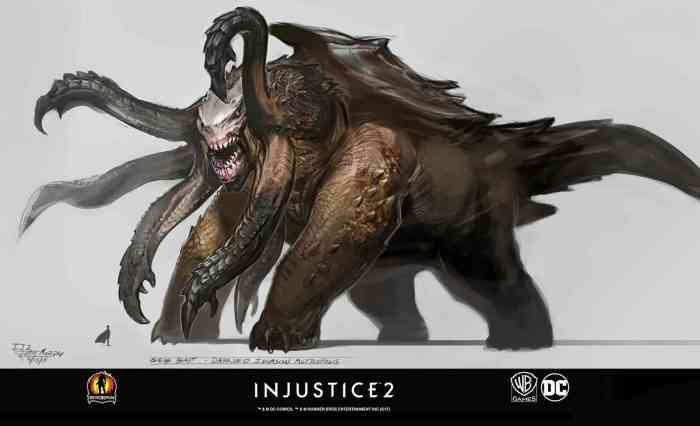 Firstly, look at this badass Siege Beast originally intended to be a part of a Darkseid-led invasion against Metropolis! I don’t know how one would have fought that given the game’s current structure, but still cool!

The concept art (by artist Justin Murray and found by Resetera user est1992) also features DC characters Etrigan, Blue Bird, Krpyto, Constantine, Detective Chimp, Mr. Freeze, and everyone’s favorite penguin, The Penguin! It’s unknown if the characters were intended to be DLC specifically or included in the base game, but here’s hoping we still get the chance to join the next game’s roster.

Characters who DID make it into Injustice 2 include Hellboy and the Teenage Mutant Ninja Turtles, both of whom are included in the recent legendary edition release.

Injustice 2 Legendary Edition is currently available for PC, PS4 and Xbox One. Let us know what you think in the comments and keep it locked to COGconnected for all the latest gaming news!


Am I Weird For Wanting to Play DC Super Hero Girls: Teen Power?