Hellboy Has Sword For Some Reason in New Poster

And Hell Followed With…

Dark Horse Entertainment has revealed the first official poster for the upcoming Hellboy reboot set to launch sometime next year. 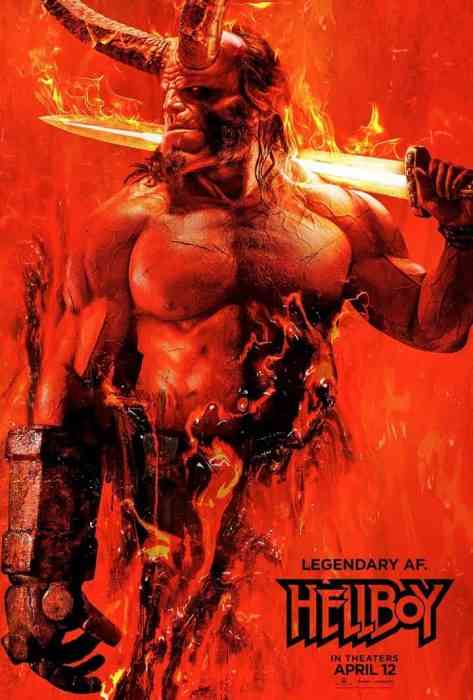 Revealed over on Entertainment Weekly, Hopper’s looking pretty good as the Beast of the Apocalypse with the full horns, Right Hand of Doom and that….sword. Having only seen the beloved Guillermo Del Toro films myself, I think the only time I’ve seen Hellboy wield a sword is during the climactic fight of the original 2004 film, and even then, only briefly.

Oh, okay, I looked it up and uh, it’s a bit of a spoiler, so if you want to know what’s really up with it you’ll want to check out Hellboy: The Wild Hunt, which seems to be the story arc that this movie is based on.

The film comes after Del Toro sought to make Hellboy III, and is currently set to drop April 12th, 2019, and is currently in post-production. It’s being directed by Neil Marshall, whose notable works include 2008’s Doomsday and 2005’s spelunking horror film The Descent, and written by Andrew Cosby, creator of the Emmy-nominated series Eureka. The movie will also star Milla Jovovich as Nimue the Blood Queen, and Ian McShane as Professor Bruttenholm. Let us know what you think in the comments and stay tuned to COGconnected for all the latest entertainment news!