Fortnite’s Getting Freaky For Halloween

It looks like Fortnite is really getting into the spirit of the season with a ton of new Halloween themed skins and accessories on the way. 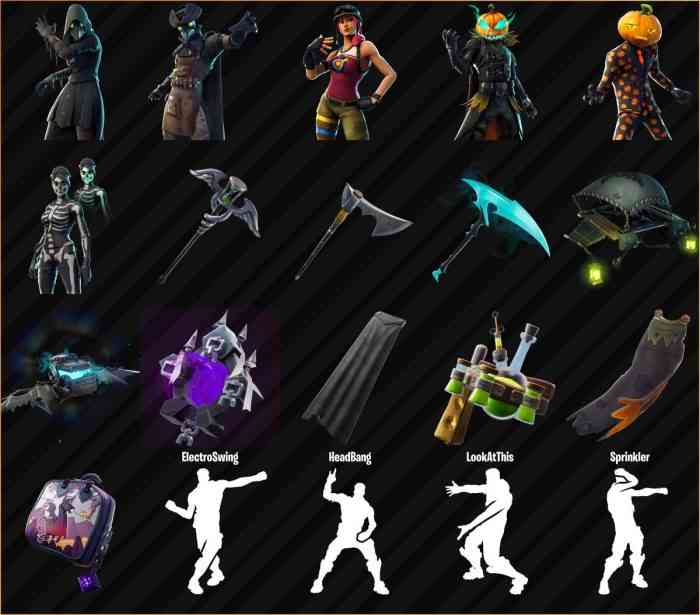 As per usual, these leaks come courtesy of FNBRleaks and TwoEpicBuddies. Fans will be pleased to see that a new female variant of the popular Skull Trooper skin is making its way to the game, along with what looks to be a pumpkin-head version of the Raven skin. Personally, I’m really digging it, along with that Crypt Cruiser glider and its Batman vibes.

The aforementioned Twitter accounts found these through datamining the latest update, which brings a new Quad Launcher weapon and the previously reported Disco Domination game mode.

In other recent Fortnite news, Warner Bros. is giving the game a physical release later this year, and Epic recently launched a “Creator support program” that allows players to support their favorite content creators by spending V-bucks.

Fortnite Season 6 is currently available on PC, PS4, Xbox One, Nintendo Switch, and mobile devices. Let us know what you think of the leaks in the comments and keep it locked to COGconnected for all the latest gaming news!

Overwatch Anniversary Event Bringing More Skins
Next
Ubisoft Tells Us Just A Tiny Bit More About Assassin’s Creed 3 Remaster
Previous
Observation Is a Sci-Fi Thriller Where You Play As An A.I.