Anthem director Jonathan Warner has opened up about how the developer is taking a gameplay focused approach to their first new IP since Mass Effect. 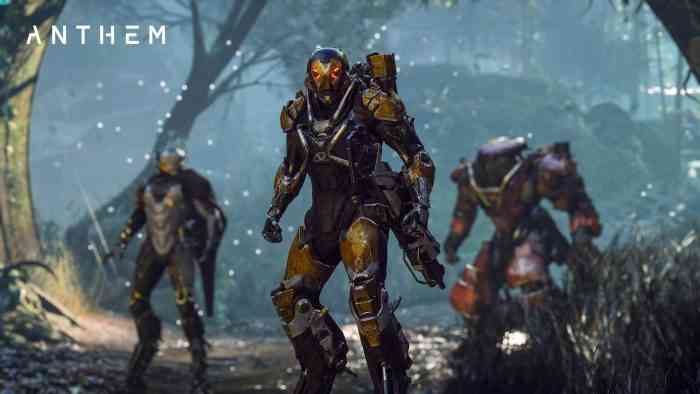 In a recent interview with GamesTM Magazine (issue 205), Warner said that the new approach was “refreshing, it’s invigorating,” and noted that players have been talking more about “flying or fighting monsters, or the gear, the Javelins,” as opposed to past titles where people would “end up talking about the plots or the points.”

Warner also made a point to mention that Anthem will follow suit with the developer’s past titles by providing players with a compelling story, saying “It’s very important to us that we create immersive worlds, where you can have companionship, and where you get to be the hero of your own story. I think those elements are very much intact with Anthem. We’re adding things to it, we’re adding these interesting social storytelling elements to it. But, those moments, that companionship and strong characters, those are very much there.”

Just last month Bioware announced that Anthem will be receiving a demo on February 1st ahead of the game’s full release on February 22nd, when it’ll be available for PC, PS4 and Xbox One. Let us know what you think in the comments and keep it locked to COGconnected for all the latest gaming news!

Star Wars Jedi: Survivor May Have March 2023 Release Date
Next
Game Dev Story, Hot Springs Story, Dungeon Village Are All Coming to Switch Next Week
Previous
Telltale Has Layed Off Their “Skeleton Crew,” Looking For Dev To Finish Walking Dead