All Three Games Hitting the eShop on October 11th

Kairosoft will release three of their most popular simulation games — Game Dev Story, Hot Springs Story, and Dungeon Village — on the Nintendo Switch eShop next week on October 11th. 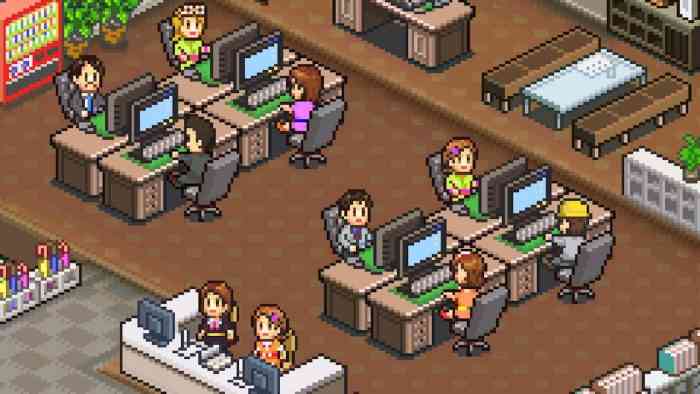 The company made the announcement via a tweet stating that the games were coming to the hybrid console but only in Japan. A fan, who goes by the Twitter handle @Ben__Harlan, responded to the original tweet asking if there is a planned US/EU release. Kairosoft replied with a “yes” and then confirmed it would be the same as the Japanese release date too. So in a roundabout sort of way, Kairosoft has confirmed October 11th as a worldwide release date for all three games.

Kairosoft has done well for themselves and is well known for making lots of these smaller simulation-type games. Game Dev Story was their first game released back in 2010. It involves creating your very own video game studio and working your way up from a small developer up to a huge AAA studio. It’s a wonderful little indie game with a ton of charm and video game humour. Hot Spring Story and Dungeon Village are also excellent with the former asking players to build a hot springs resort and managing customer needs while the latter is all about building up a town and attracting heroes in an RPG setting.

A Switch eShop listing shows a price tag of $12.00 / £8.99 for each game. Considering how much time each game will probably take to finish, that isn’t a bad price at all. If you were to try one, we’d recommend Game Dev Story.

Are you looking forward to playing Kairosoft games on Switch? Leave us a comment down below.