Spider-Man Is Quite the Photographer!

Spider-Man is only a few days away from its release next Friday and it’s “Day 1” update will bring an in-depth photo mode that will let players take a variety of stylish pictures.

Going by the video posted above, it looks like players will be able to choose the camera angle they can take pictures from, camera tilt, camera focus, visual filters, the photo frame, Spidey’s facial expressions, and even stickers to put into their photos.

You’ll also be able to use photo mode during combat and can even make your own custom comic book covers or Daily Bugle front pages by using your photos. 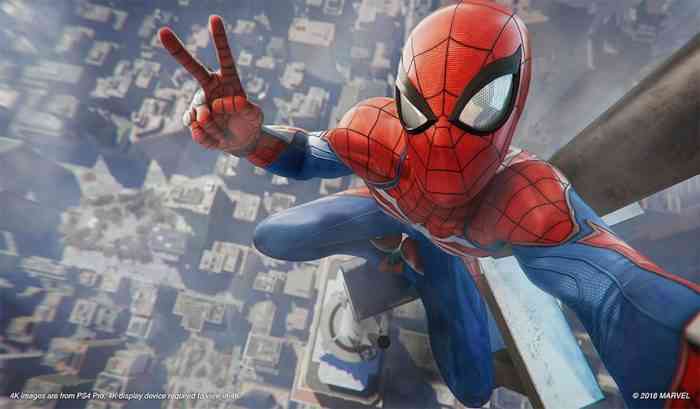 In other Spider-Man news: the game’s DLC roadmap was announced earlier this week. The first DLC, officially titled “Marvel’s Spider-Man: The Heist” is scheduled to launch on October 23rd. The other two DLCs will launch later this year in November and then December. The trio of DLC can be bought in a $24.99 bundle or purchased individually for $9.99 each.

In The Heist, the webhead will have to deal with his favorite friend/foe Black Cat. The upcoming DLC will also have new challenges & missions along with three new unlockable suits and a new enemy faction.

Take Beautiful Screenshots With God of War Ragnarok Photo Mode
Next
Get The Best Bang For Your Buck With The Top Game Deals on The PS4, XBox One & Nintendo Switch
Previous
Capcom Didn’t Want a ‘God of War’ Style Re-Imagining for DMC5