According to an interview conducted during Gamescom, Capcom never wanted Devil May Cry 5 to be a re-imagined entry in the long-running character action series like 2018’s God of War was for its series. 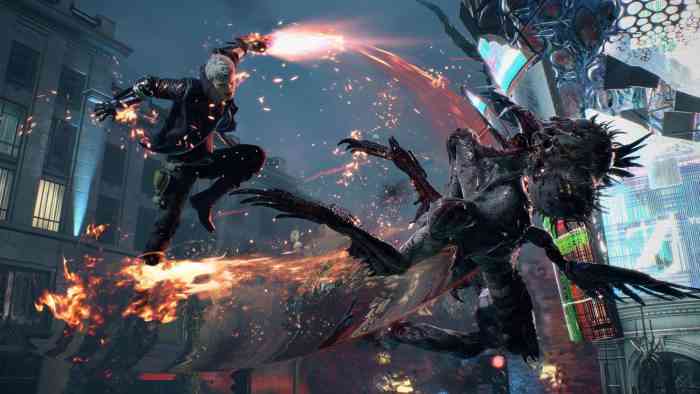 “No, we have never thought of such a change,” the game director of DMC5, Hideaki Itsuno, reportedly said. “For us, the important thing is to focus on what our fans want. Consider that much of the feedback collected with DmC and Devil May Cry 4 were requests related to the number of environmental puzzles or ‘platform’ phases. Many have asked us to reduce the number, and so we did in Devil May Cry 5.”

Itsuno also reportedly talked about wanting to find “the right balance” between having such realistic-looking characters while also having tons of over-the-top action occurring onscreen.

“Our characters are unquestionably human, we have even eliminated the sensations related to the so-called ‘uncanny valley’, yet the actions they are capable of break and overcome the [laws of physics], without these two tendencies (the natural and the supernatural) entering into conflict in a clear way,” Itsuno said.