Looks Like Just Cause 4 Is Going to Be Huge

The game world map of Just Cause 4 was recently revealed and it looks like the upcoming open-world action shooter is going to be pretty big! Check out the image below. 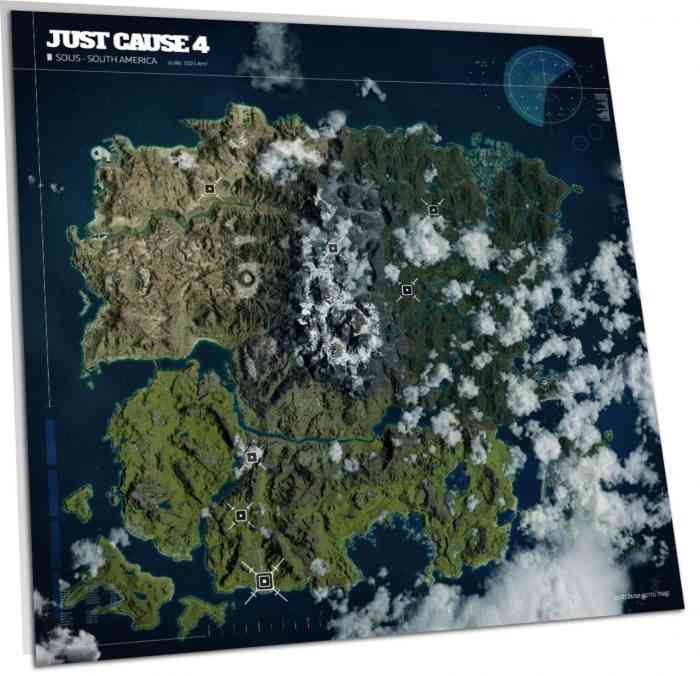 “Welcome to Solís,” the map’s official description reads. “This vast South American country, host to four distinct biomes, is the most diverse and dangerous world we’ve ever created.”

Judging by the image posted above, those four biomes appear to be two sections of vast grassland, a desert, and a snowy mountain area. 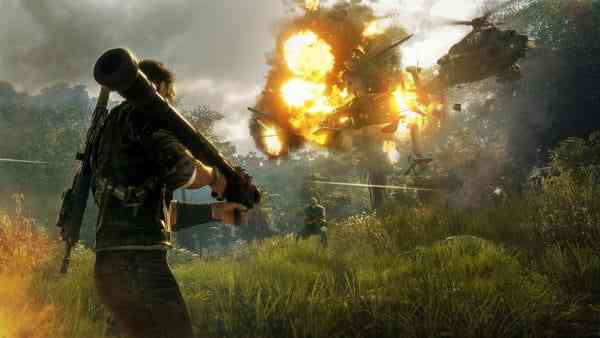 In Just Cause 4, players take control of series protagonist Rico Rodriguez as he travels to Solís to “hunt down the truth about his past, at any costs.”

The fourth game in the Just Cause series will have weather hazards such as tornadoes, a new & improved grappling hook that can be modified, and a cool new storm-proof car named the Stormchaser. Players will also have to battle a mercenary group that’s called the Black Hand and lead a resistance against the mercenaries and their leader, a woman named Gabriela Morales.

What do you think about this map? Let us know your thoughts in the comments section below!