And It Was All Yellow…

Nintendo has released two new trailers for the upcoming Pokemon: Let’s Go games, one of which is dedicated to announcing a new limited edition Switch bundle featuring Pikachu and Eevee themselves.

The bundle will launch alongside the games and will come with either Let’s Go Pikachu or Let’s Go Eevee pre-installed, as well as a shiny new Pokeball Plus, which comes with a free mythical Pokemon. The bundle will retail for $399.99 USD.

Additionally, Nintendo has released another trailer showing off more gameplay, including the rebranding of HM moves as “Secret Techniques” suck as Chop Down (Cut), Sea Skim (Surf), and Sky Dash (Fly).

There’s also a new type of attack called Partner Powers, which allow your Pokemon to use a special move once you’ve built up your relationship with it. Pikachu can use a water-type move called Splishy Splash, and Eevee can choose between three different attacks that are water, fire, and lightning types. 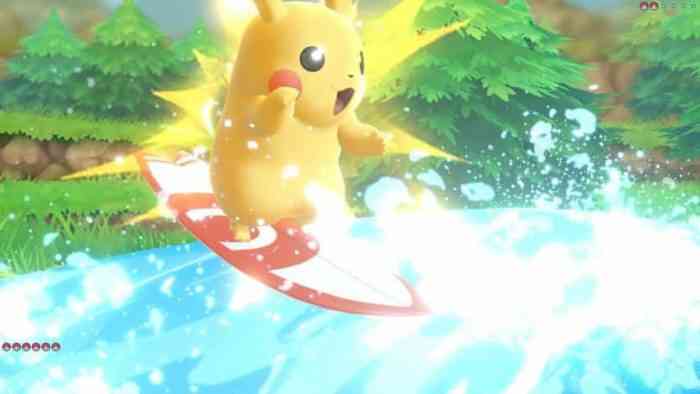 Pokemon Let’s Go Pikachu and Let’s Go Eevee – and their new Switch bundle – will launch this coming November 16th. Just over a month ago, a handful of videos were released showing off how Pokemon look following their trainers, and director Junichi Masuda explained why this installment won’t include random encounters. Let us know what you think in the comments and stay tuned to COGconnected for all the latest gaming news!