The Nostalgic Playthrough That Could Have Been

After whispers from the overworked devs of Telltale surfaced on social media, news of the studio’s closure spread like wildfire. An official statement revealed that 25 of the 250 employees would stay to finish some projects. The rest of the team disbanded, including those who worked on the Stranger Things game from their partnership with Netflix. A collection of leaked gifs, however, reveals what could have been. 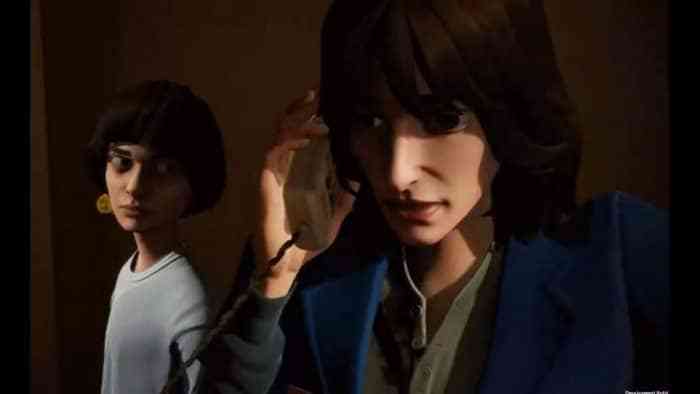 Telltale’s Stranger Things represented a hopeful direction for the studio, one where their narrative formula might have flourished. Since things didn’t pan out, we’re left with snippets of a work in progress. Users have assembled a collage of leaked footage from the corners of the internet, painting a picture of the game’s aesthetic and story. You’ll note that it contains the same 80s vibe as the television show, a mark of promise on its own.

As you can see, casual tasks and interactions are the rising action of the gameplay. Part of the charm in a Telltale title lies in how the world immerses you, and the devs have seemingly nailed the design. The vibe gets better, some might say horrific… When the Upside Down comes into play, the gameplay sees a murky infusion of suspense. Maybe, the developer would have given us a deeper look into Will’s (Noah Schnapp) exploration of the darker dimension.

At the time of this writing, the remnants of Telltale are actively searching for partners to help finish the final season of The Walking Dead. On this flip side, they’re also facing a class-action lawsuit for failure to warn employees ahead of their termination. We can only wait for the outcome of events as they unfold.

Did the leaked Stranger Things footage appeal to you? Were you a fan of the show? Drop a comment down below.