Video game developer Naughty Dog has taken Outbreak Day and turned it into something festive for The Last of Us fans. In the game, it represents the day Cordyceps turned into a pandemic and nearly wiped out humanity. In the real world, it’s an excuse to celebrate the acclaimed title.

Recently, the developer treated PlayStation users to a theme of Ellie, which you can download on the PlayStation Store. Just as well, there’s a line of Last of Us merch you can purchase at their official store. Today, they released a new poster that’s something of a curiosity. It presents Joel, alone in the forest with a guitar and a wolf. It’s been rendered in a greyscale style that may aptly represent the atmosphere of the game. What’s far more interesting is the poster’s implication for The Last of Us Part II.

Thus far, none of The Last of Us Part 2’s previews have focused on Joel. Heck, we still don’t even know what he will look like, but it’s the wolf in the image that steals attention. In his previous Twitter posts, Creative Director Niel Druckmann posted images of a dog wearing a mocap suit. To many fans, this implied that a dog would be a companion in the single-player story. That companion might be a wolf, after all. Further, Druckmann did say that Ellie will have her own companion in the game. Wolf Connection?

What are your thoughts on the new Last of Us poster? Comment down below. 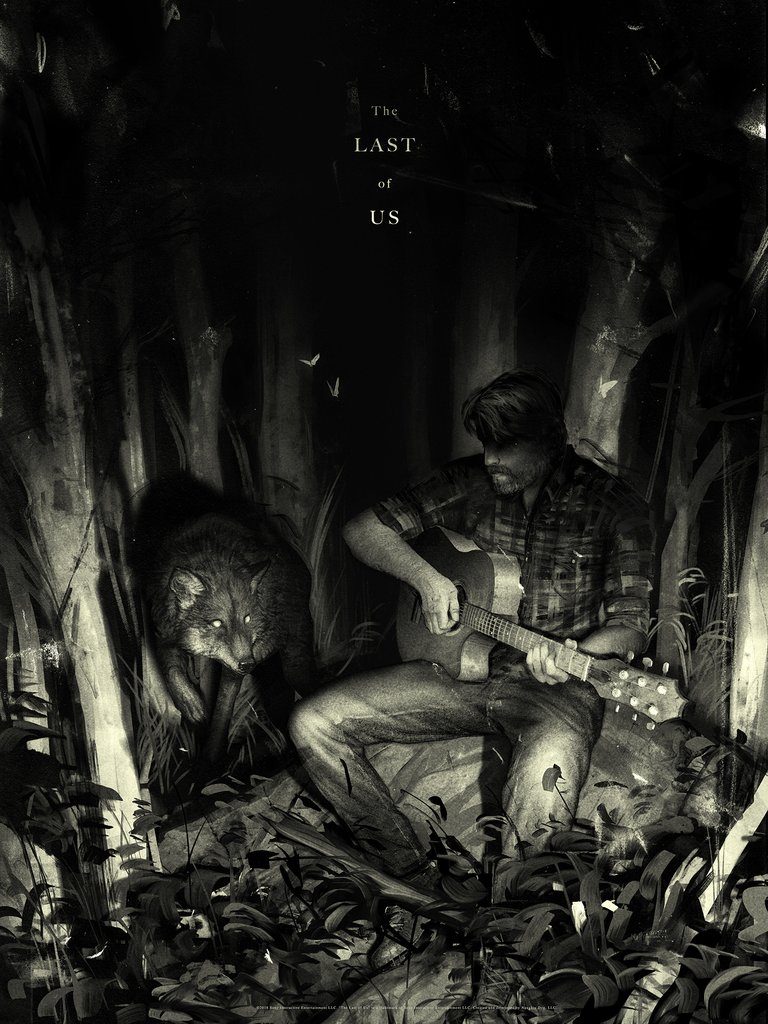