It Even Sounds Like the Start of a Romance Novel

The first year of Destiny provided quite a bit of peripheral lore without a meaty campaign, while many players considered Destiny 2 a pretty good remaster. The Forsaken expansion has taken the story to new heights, apparently. With all the supernatural and sci-fi elements, and the death of Cayde, Bungie hasn’t forgotten about subtle storytelling – Fans believe one new piece of lore brings levity in the form of a booty call. 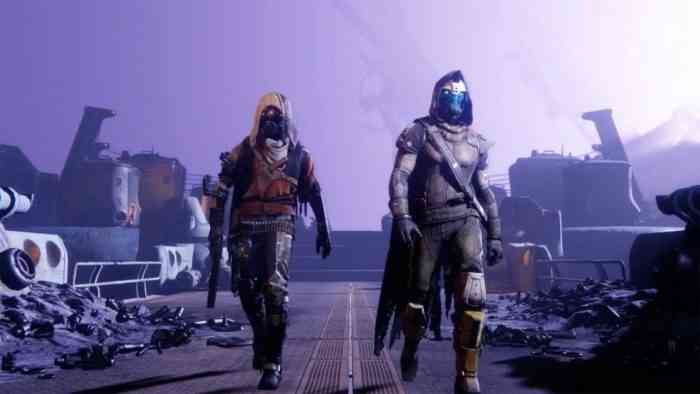 You can find the short story in the Destiny 2: Forsaken raid, which was inaccessible until players glitched into it early. Simply look for the Titan mark item. Beware: this fresh piece of lore comes with spoilers for anyone who’s yet to play the campaign. You have been warned.

The short story presents Mara Sov trying to entertain herself at the Wall of Wishes. In many ways, the description is like the precursor to many raunchy stories starring a matriarch (I’ve been told). To negate boredom, the Queen summons Crucible chief Lord Shaxx and asks him to read her a story. Sounds friendly and platonic enough, right? What follows is available for your perusal below.

“The helmet stayed on.” In literature, just about every story is open to interpretation. Somehow, most of the people on Reddit have interpreted this particular story in one way. This is where I’d normally ask people to share their thoughts on this piece of lore. I don’t want to know, honestly.


Destiny 2 Coming to Other Forms of Media

Destiny 2 Season of the Chosen Has Officially Begun

Fall Guys and Among Us Hit Platinum Status on Steam
Next
New Digimon Story Title in the Works, “Survive” Details Revealed
Previous
Jump Force Adds Yugi From Yu-Gi-Oh! Into Its Magnificent Roster