All Additional Story Content for Anthem Will Be Free

While the release date for an Anthem demo and a brand new trailer was revealed during Bioware’s Pax West 2018 panel yesterday, that’s not the only interesting tidbit of information they announced. In fact, they also confirmed some pretty significant details for what to expect after the game’s launch.

During their special PAX West panel this year Mark Darrah, executive producer of the upcoming title, confirmed that all additional post-launch story content for Anthem will be free. And while it may be unclear at this point just how much post-launch content will be available, Darrah explains the decision to make these additions available at no extra cost. “For storytelling, we don’t want to divide up the audience. We want people to experience the same story at the same time, so none of that is going to be locked behind any kind of paywall.”

And of course, following the whirlwind of controversy surrounding microtransactions this past year, Bioware wanted to make it very clear how these will be implemented in Anthem. Darrah explained that loot boxes will not make an appearance at all, “There’s no loot boxes, so there’s no random [factor].” Instead, he stated that there will be some cosmetic items that you can pay for, however they will be available to purchase will currency earned in game. 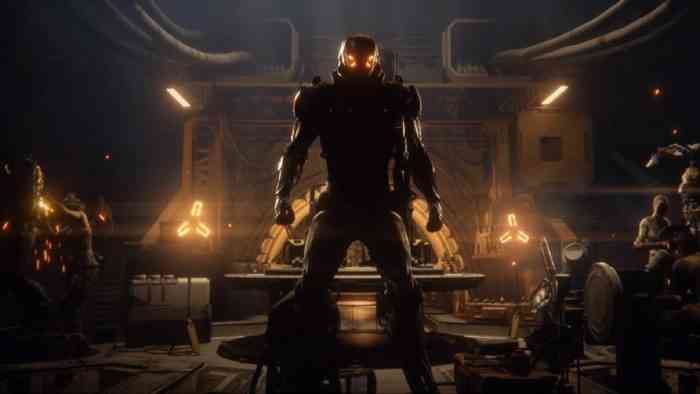 And if you haven’t heard too much about Anthem, here’s a little bit about the game straight from the official website, “Upon an unfinished world, humanity struggles to survive in a savage environment full of diverse threats. Equipped with incredible Javelin exosuits, a faction known as the Freelancers seeks to tip the balance in mankind’s favor.”

A full Anthem demo will be released early next year, on February 1st for PlayStation 4, Xbox One, and PC, just three weeks before the full game is set to launch on February 22, 2019. Are you excited about the free content add-ons? What about the nonexistence of loot boxes? Let us know your thoughts in the comments below and don’t forget to keep it locked for updates!