Summer is coming to an end and you know what that means, video game releases – tons and tons of video game releases. We know it’s tough to buy every single release that pops up, so we’re going to help two lucky COGconnected readers cross one game off their “to buy” list: Blade Strangers. Blade Strangers is a brand new 2D fighter developed by Studio Saizensen (Code of Princess) and published by Nicalis. The gameplay will feel very familiar for fans of fighting games like Street Fighter, making it easy to jump in and play. The best part about Blade Strangers is the diverse cast that is drawn from indie hits such as Code of Princess, Cave Story, Umihara Kawase, The Binding of Isaac, Azure Striker Gunvolt, and Shovel Knight. 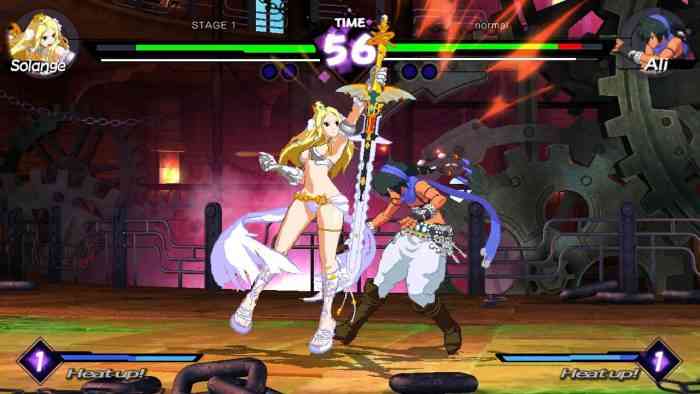 In our review of Blade Strangers, we praised the diverse cast, fluid animations, and the sheer number of game modes. You’ll be able to fight against your buddies via local Versus or take on the world by picking one of the three Online modes. This is a game that will provide many hours of enjoyment as you play through the story as each character, including the game’s boss character who has a very unique game ending.

For two lucky COGconnected readers, we’re giving away one PlayStation 4 retail copy and one Nintendo Switch retail copy. This means the winner will need to reply to our email with their mailing address. To enter this awesome contest, follow the directions below. Be sure to keep your eye on COGconnected for more contests. Best of luck to everyone who enters!