2018 is becoming the year of the crossover fighters. SNK Heroines: Tag Team Frenzy, Brawlout, and Super Smash Bros. Ultimate all look to incorporate combatants from multiple franchises for epic fights on your Nintendo Switch. But before we get to them, we’ll first fight our way through Blade Strangers, a brand new franchise developed by Studio Saizensen (Code of Princess) and published by Nicalis. Blade Strangers is determined to make its mark on the 2D fighter genre by combining a collection of fan-favorite characters into a fun, story-driven fighter designed for fighting fans new and old.

In the world of Blade Strangers, each parallel universe is connected and overseen by a collection of computers named Motes. These Motes are concerned about an impending evil hell-bent on consuming each universe, so they recruit a champion Blade Stranger. Their current Blade Stranger is “erased”, so they decide to pull 13 characters from different universes and pit them in a tournament to determine who the new Blade Stranger champion will be. Champions from Code of Princess, Cave Story, Umihara Kawase, The Binding of Isaac, and Azure Striker Gunvolt are all thrown into the mix.

Blade Strangers is a pretty standard 2D fighter. I don’t want that to sound like a knock against it – for some fighting fans, a game that’s easy to pick up and play because of it’s familiarity to franchises like Street Fighter can be a good thing. But there is really nothing fresh here. Matches are best out of three, you attack your opponent until their health bar is depleted, and you have a special “Heat Up” bar that builds allowing you to use a devastating blow. It’s all very standard 2D fighter fare. 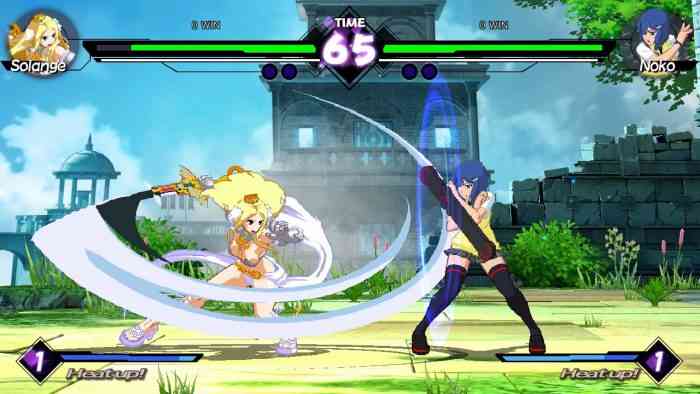 Blade Strangers’ primary single-player mode is Story mode. You’ll start off with nine different characters, fighting through seven battles. While the story-line is basically the same for all the characters, their interactions with their opponents and some of the comments from the Motes are unique – which helps add a bit of variety to the game. Playing through the story as the armor-challenged Solange (Code of Princess) will provide some pretty funny comments from her competitors regarding her skimpy outfit – including a very awkward exchange with her brother Liongate. Once you finish the game with any character, you’ll be able to play through the story as the boss character, Lina, which alters the story substantially – her ending is quite clever. In addition to unlocking Lina, there are four additional characters to unlock, including the star of the hit indie game, The Binding of Isaac. Each of these characters are unlocked by finishing the campaign with a specific character… but I’ll let you figure that out on your own. It’s also worth mentioning that the game has five difficulty modes. I found the Normal difficulty was pretty easy and would recommend most fighting fans at least play on Hard to get a more satisfying experience.

Beyond Story mode, there is a whole slew of additional modes. For those looking to improve their skills, there’s an in-game Manual, a Tutorial mode, a Training mode, and a Missions mode. Within the Missions mode are two separate sub-modes; Challenge and Survival. Challenge gives you specific moves and combos to pull off while Survival pits you in a series of one round matches. Then there is Arcade mode which is essentially the Story mode, without the story. An added feature in Arcade mode is the ability to put Standby on, which will continually search for online matches – and when one becomes available, you’ll be transported online. When I tried it, no one showed up, so I wasn’t able to test the feature out – but in theory, it should make waiting for a match a little more enjoyable. 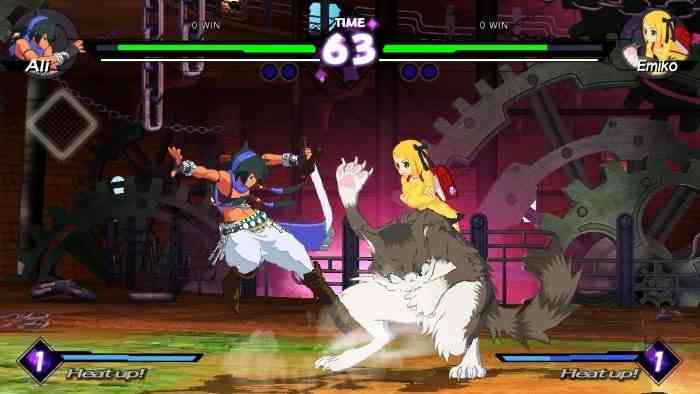 Blade Strangers has two multiplayer modes. The local Versus mode and the Online mode. The Online mode includes three different online options; Casual match, League match (ranked play), and Stealth match (which I wasn’t able to ascertain what it was). Unfortunately, during my pre-release time with Blade Strangers, I only found one match (and I got destroyed!). Since it was only one match, I really can’t say how the overall online experience would be. In this particular match, there were a couple moments when the game would pause due to lag, but at no point did I feel like I was at a disadvantage because of the lag. It’s also worth noting that there is a Leaderboard. The neat thing about the Leaderboard is that you can see how you compare against others with a specific character.

Stop Playing With Yourself

When I started playing Blade Strangers, I started by playing it using the Switch’s portable mode. The game looked pretty damn good. Beautifully animated characters and backgrounds, some nice looking cutscenes. But then I played it on my TV and ouch, what a difference for the worse! The characters, while still beautifully animated, appeared all pixelated like some 90’s throwback game. I’m no game developer, but I imagine they opted for lower resolution character sprites to keep the game size down, or maybe they just assumed people would more likely play via the portable mode. Needless to say, this was a big disappointment.

Blade Strangers is a competent 2D fighter comprised of characters from hit games like Code of Princess and Shovel Knight. While the game does absolutely nothing, beyond the diverse cast, to stand out from other fighters – it’s still a game that might be worth your time if you’re a huge fan of fighters. My biggest gripe with Blade Strangers was the visuals when presented on TV – they just lack the smooth look that many modern 2D fighters have. Another issue I had was the lack of acknowledgment when something is unlocked. For example, if you unlock a new title (for use in multiplayer) or a character (in Story mode), you get no notice about it. Obviously, there are places within the game you can look and see the unlockables – but a little in-game pop-up would be appreciated. For the most part, I was happy with this fighter and I really hope we see some additional post-release content added, such as more characters from Nicalis published titles. 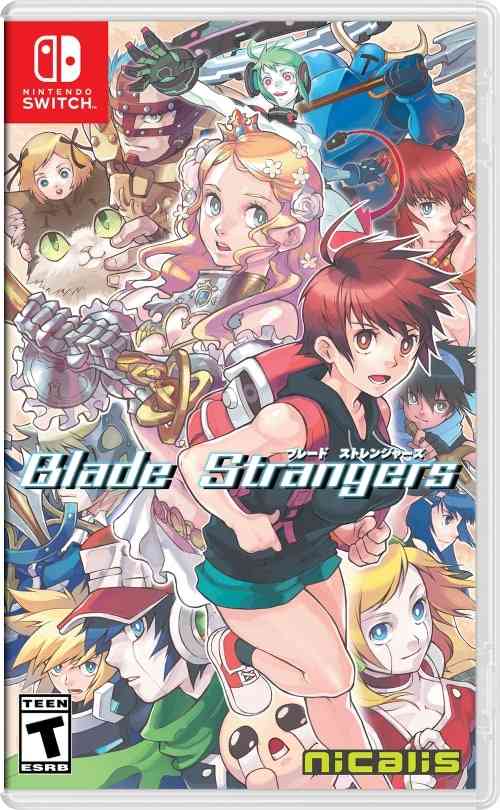