Former Nexon Exec Has Some Things To Get Off His Chest

Okay, we get it, Lawbreakers just didn’t achieve the commercial success anyone hoped for. This has already been well documented. Bad timing, stiff competition or whatever the reason may be, LawBreakers never resonated with gamers. Which is unfortunate because we quite enjoyed the game, giving it a positive review score. Also, it isn’t lost on us that many devs and publishers put their heart and soul into the game. So when layoffs and the closing of Boss key studious was announced, many folks were devastated. And as they say, the rest is history. Well not so fast, as today we learned that Nexon’s former vice president of marketing will be delivering an interesting talk at the end of the month titled “LawBreakers: How I Blew Millions Marketing the Biggest Flop of 2017.”

Wow, that is some serious shade!

By now, we’ve all heard how LawBreakers impacted Cliffy B and his staff at Boss Key but nobody has really talked about Nexon, who published LawBreakers. Clearly, LawBreakers has left a bad taste in Nexon’s mouth, including former Nexon America vice president of marketing Vlad Coho. 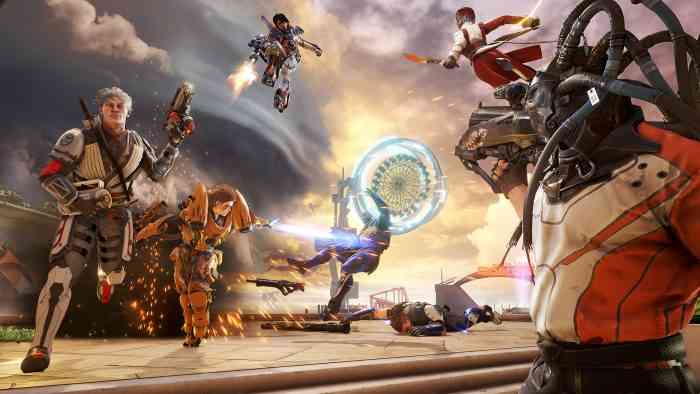 Coho is delivering a presentation at Seattle-based professional conference DevGAMM, which will discuss how he blew millions on the biggest flop of 2017, which according to him is LawBreakers. We gather Coho will outline some of the mistakes he made when marketing the game and we can only imagine he’d possibly discuss what he would have done differently. And probably play the blame game while he is at it; because why not?

Sure, we’ve been guilty with the odd inflammatory header for a news item but yikes that one takes the cake. I imagine that room will be packed with Coho gives the talk. It certainly seems a little unprofessional. All we can say is, get your popcorn ready!

When the story broke a few hours ago, a Twitter user took it upon himself to take a shot at Cliff and he responded in the best way possible:

You too, can eat a dick! 😉 https://t.co/uSnSVyeLtd

DevGAMM Summit will be held at the end of the month in Seattle. It is a “special edition for executives and decision makers in the game industry. The main focus is PC and Console game development, marketing and relationships with platforms”.

What do you think of this little talk? Tell us in the comments below.